Florida-based rental company Hertz Global (HTZ) saw its shares plunge 13% on Tuesday after it emerged that one of its primary backers is selling his stake.

According to a Securities and Exchange Commission (SEC) filing, billionaire investor Carl Icahn has reduced his stake in the company from over 35% to around 29%. Icahn’s investment firms – Icahn Partners LP, High River Limited Partnership and Icahn Partners Master Fund LP – together sold about 5 million outstanding shares of Hertz on Monday.

The 83-year-old businessman had more-than-doubled his stake in Hertz Global two years back when the rental company was facing a slew of skeptic remarks from analysts and market watchers due to its poor performance as well as an accounting scandal. A month before this, Icahn had installed Kathryn Marinello as the CEO of the company to steady the ship.

HTZ stock is up 42% since the start of this year. 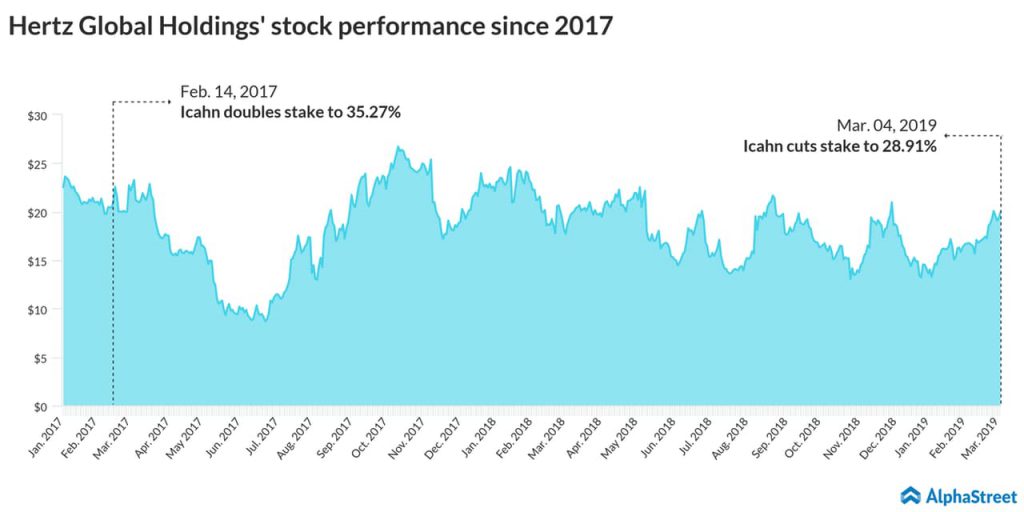 Hertz has not responded to a request for management comment on the stock sale. The story would be updated once we get a response.

READ: Will the new EVs lift Nio in Q4?

Hertz Global had last week posted narrower-than-expected fourth quarter results and higher revenues.  The company posted a loss of 55 cents per share, compared to 90 cents expected by analysts. The results had sent the stock up 15% during pre-market trading that day.

“We have tremendous momentum as we move into 2019 and will focus on continued revenue growth as well as productivity to drive margin expansion,” she had added.