HUD data revision points to weaker housing sector in the US

The US Department of Housing and Urban Development announced preliminary December home sales data on Tuesday, after being delayed by the partial shutdown of the federal government that ended in the last part of January.

The report also cut down the previously reported November sales of 657,000 units, revising it to 599,000 units. This indicated that the housing market is still in a state of weakening.

On a seasonally adjusted basis, new home sales inched 3.7% higher to an annual rate of 621,000 units.

With the reasons mentioned above still being prevalent, the Street expects a weaker housing market. 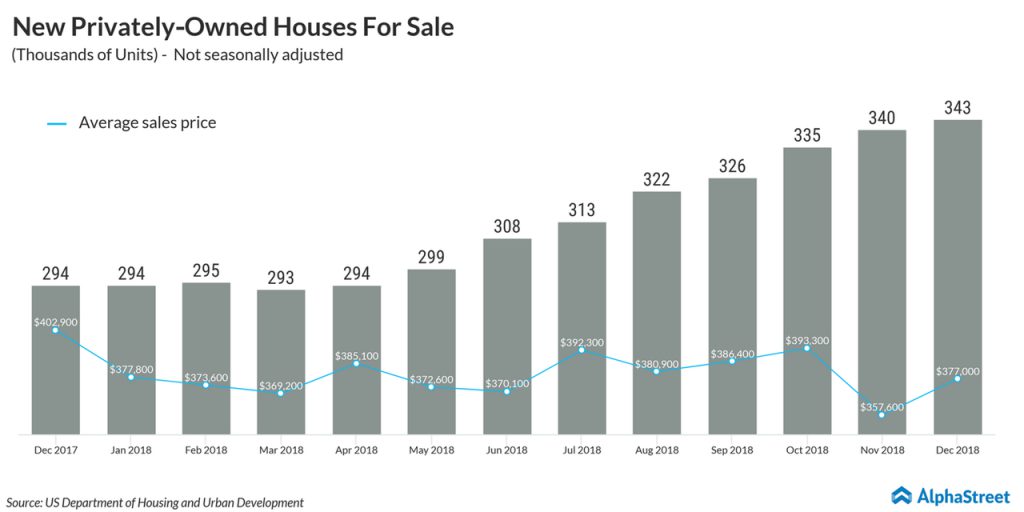 These show a ground reality of the real estate sector. And the latest downward revision of November number carries a negative implication, which could affect the housing sector further.