IPO News: Should you invest in SentinelOne stock after $880-mln IPO?

The estimated IPO price is $26-$29 per share; the stock is expected to trade on the New York Stock Exchange under the ticker symbol S

Of late, tech startups have been making a beeline for the stock market, sending the IPO market into overdrive. SentinelOne, Inc., the latest among the IPO aspirants, is all set to launch a roadshow for its planned Wall Street debut.

In a regulatory filing, the Silicon Valley headquartered cybersecurity platform this week revealed its intention to offer about 32 million common shares. The estimated IPO price is between $26 per share and $29 per share, and the stock is expected to trade on the New York Stock Exchange under the ticker symbol S. That is expected to raise the company’s valuation to around $7 billion. The group of underwriters managing the IPO will be led by Morgan Stanley and Goldman Sachs. Some of the existing shareholders will be purchasing stocks worth $50 million. 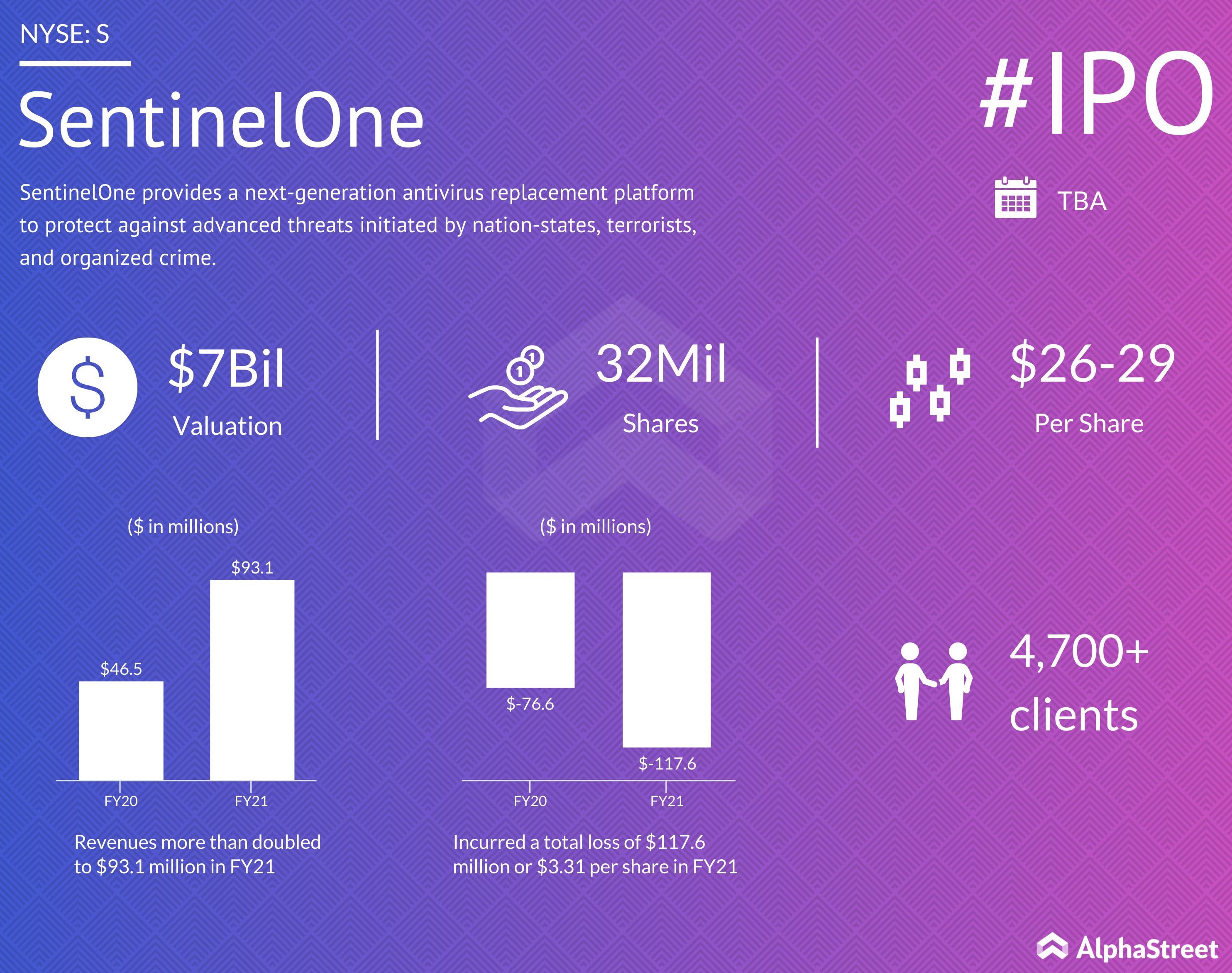 Earlier this month, the company forged a partnership with cyber insurance provider Coalition to offer advanced threat monitoring and cyber insurance, in view of the growing threat of ransomware in the corporate world. Last year, it raised $267 million, reaching a valuation of about $3 billion.

The company, which has significant expertise in endpoint detection and response, is backed by hedge fund Third Point — a venture by high-profile investor Daniel Loeb. SentinelOne came into existence in 2013, offering AI-supported security solutions to protect computers and mobile phones from malware and other threats in cyberspace.

SentinelOne has more than 4,700 clients, which is nearly double that of the customer base it had a year ago. In fiscal 2021, it incurred a total loss of $117.6 million or $3.31 per share, wider than the loss of $76.6 million or $2.34 per share reported a year earlier. Meanwhile, revenues more than doubled to $93.1 million. There has been a steady increase in annual recurring revenues.

In the run-up to the IPO, SentinelOne witnessed an improvement in financial performance in recent quarters as the pandemic-driven shift to remote work helped reduce operating expenses. However, being an emerging business that needs constant expansion, investment-related costs will put pressure on the bottom line, which is yet to come out of the negative territory.

New players are rapidly entering the cybersecurity market and many of them opt for public-listing to move to the next level — a trend that underscores the high demand for anti-virus products, especially at a time when businesses are going digital in a big way. It is estimated that the digital transformation boom set off by COVID-19 is going to stay here, which bodes well for firms like SentinelOne, given the growing relevance of cybersecurity.