Shares of Kohl’s Corp. (KSS) fell sharply early Tuesday after the department store chain released disappointing guidance for the holiday season, despite an upward revision. For the third quarter, the company reported stronger than expected earnings and revenues. 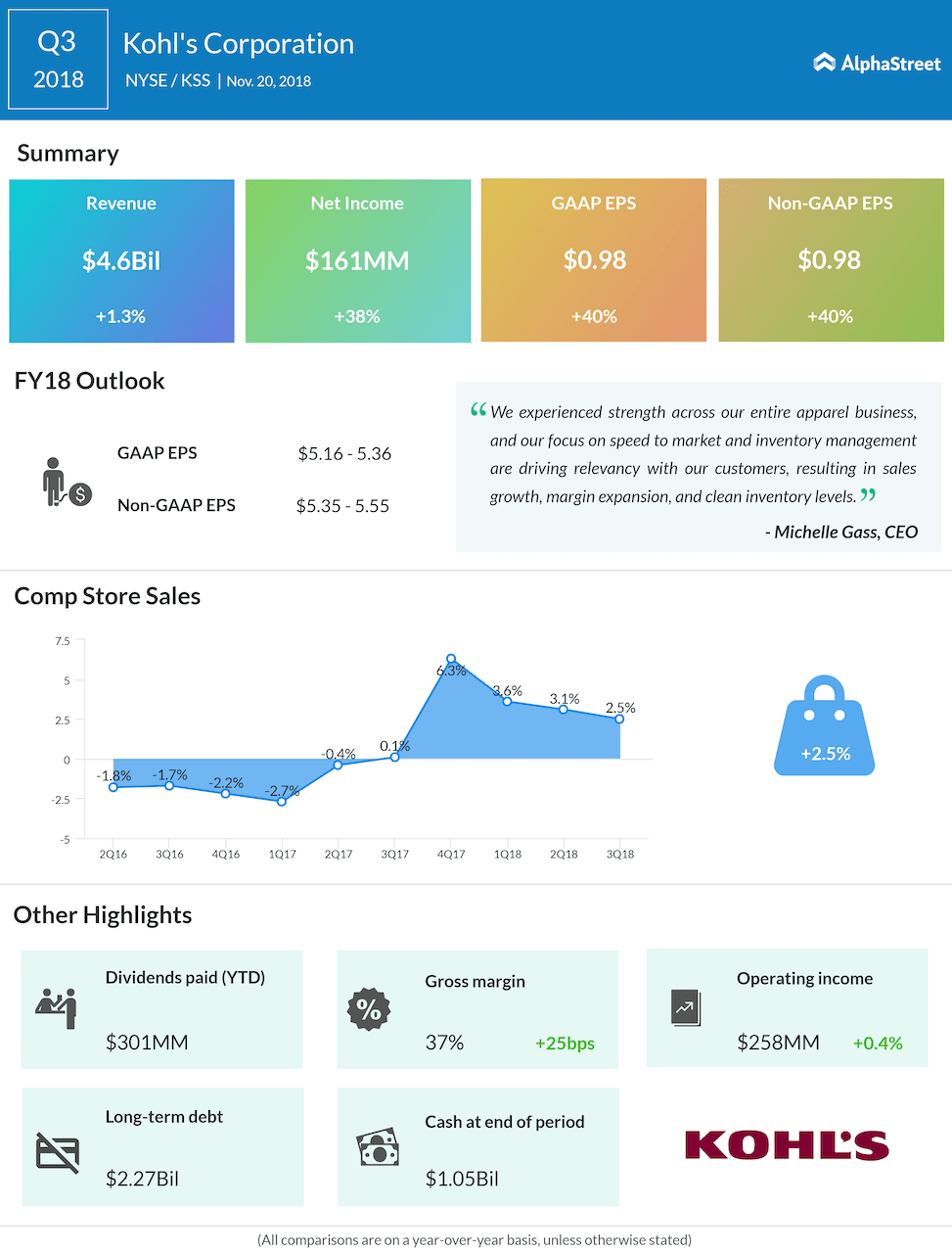 During the third quarter, adjusted and reported profit climbed 40% to $161 million or $0.98 per share from $117 million or $0.70 per share in the year-ago quarter. Both earnings and revenues beat estimates. Operating expenses increased 2.6% to $1.38 billion during the three-month period, while gross margin improved to 37%.

“We experienced strength across our entire apparel business, and our focus on speed to market and inventory management are driving relevancy with our customers, resulting in sales growth, margin expansion, and clean inventory levels,” said CEO Michelle Gass.

Kohl’s has introduced an array of promotional offers to lure customers to its stores during the holiday season. The deals, combined with upbeat consumer sentiment and the company’s ongoing efforts to ramp up its online platform, are expected to add to sales in the upcoming quarter.

Of late, the management has been exploring alternative avenues to boost revenue, such as a recent partnership with Amazon to facilitate the latter’s returns and renting out store space to other business.

Kohl’s shares dropped about 10% in pre-market trading Tuesday following the earnings report, after closing the previous session down 2%. The stock gained about 30% since the beginning of the year.