Macy’s set for Q4 earnings after a lackluster holiday season

Macy’s is set to report its fourth-quarter earnings results on Tuesday, February 26, on the heels of one of its worst holiday seasons. The stock had tumbled almost 18% on January 10, when the company posted weak holiday sales figures and slashed its outlook for FY18.

For the November/December period, comparable sales of Macy’s owned and licensed stores grew just 1.1%. Comp sales in the owned stores saw only a slight increase of 0.7%.

The Cincinnati-based department store chain currently estimates FY18 sales to be flat compared to the earlier outlook of +0.3% to 0.7%. EPS outlook for the year was reduced to $3.95 to $4.00 from the prior guidance of $4.10 to $4.30. CEO Jeff Gennette had then said that the holiday season started off strong on the back of Black Friday and Cyber Week but then weakened by mid-December.

However, this weakness was spread across the retail industry, and rivals including Kohl’s (KSS), Target (TGT), JCPenney (JPC) and Dillard’s (DDS) also saw their stocks plunge. 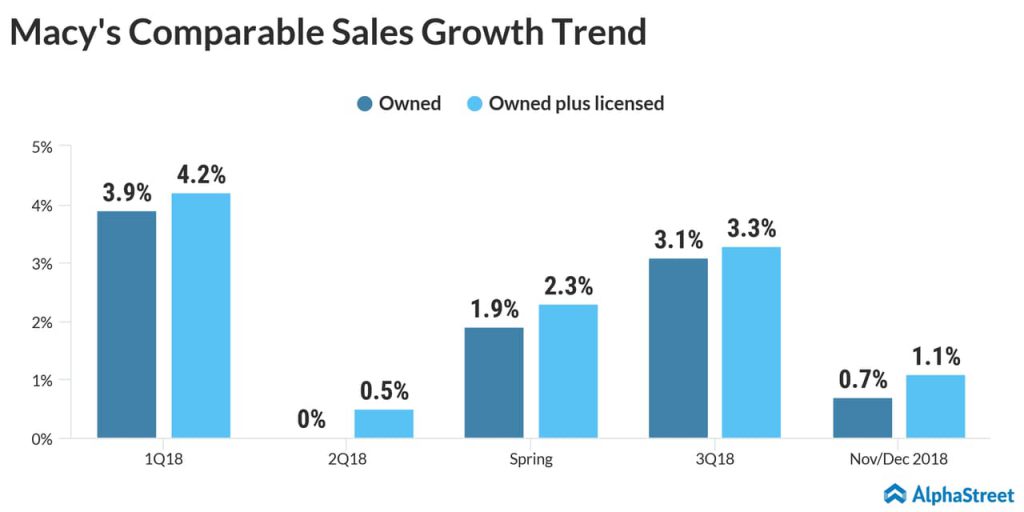 With the company shelling out more money to improve its digital platform, margins are likely to be squeezed in Q4. The management had earlier warned of higher SG&A costs in the fourth quarter.

Separately, the company has been taking measures to optimize costs by shuttering stores that are not profitable in order to survive the tough battle against online retailers.

Also Read:  Macy’s (M) has an elaborate strategy planned out for the upcoming holiday season

Macy’s reported a 107% jump in earnings for the third quarter, helped by the combination of healthy brick & mortar stores, robust e-commerce, and a great mobile experience. The bottom line exceeded analysts’ expectations while the top line came in line with consensus estimates.

The stock has a 12-month average price target of $25, suggesting a 4% upside from the last close.

Aurora Cannabis, Inc. (NYSE: ACB) reported a wider loss for the fourth quarter of 2020, hurt by a 5% decrease in revenues. The company’s stock fell sharply during Tuesday’s after-hours

Nike Inc.'s (NYSE: NKE) profit and revenue in the first quarter of fiscal 2021 surpassed the market's estimates and sent the NKE stock up by about 7% in the extended