Restaurant franchise company Papa John’s International (PZZA) reported a 6.3% jump in its revenue for the final quarter of 2017 to $467.6 million, while income attributable to the company plunged 12.6% to $28.5 million. Diluted earnings declined 7.9% to $0.81 per share from prior year period.

As for system-wide North America comparable sales, the company reported a decline of 3.9% for the quarter and an increase of 0.1% for full year 2017.

The company forecasts capital expenditures to come in the range of $45 million to $55 million for 2018. 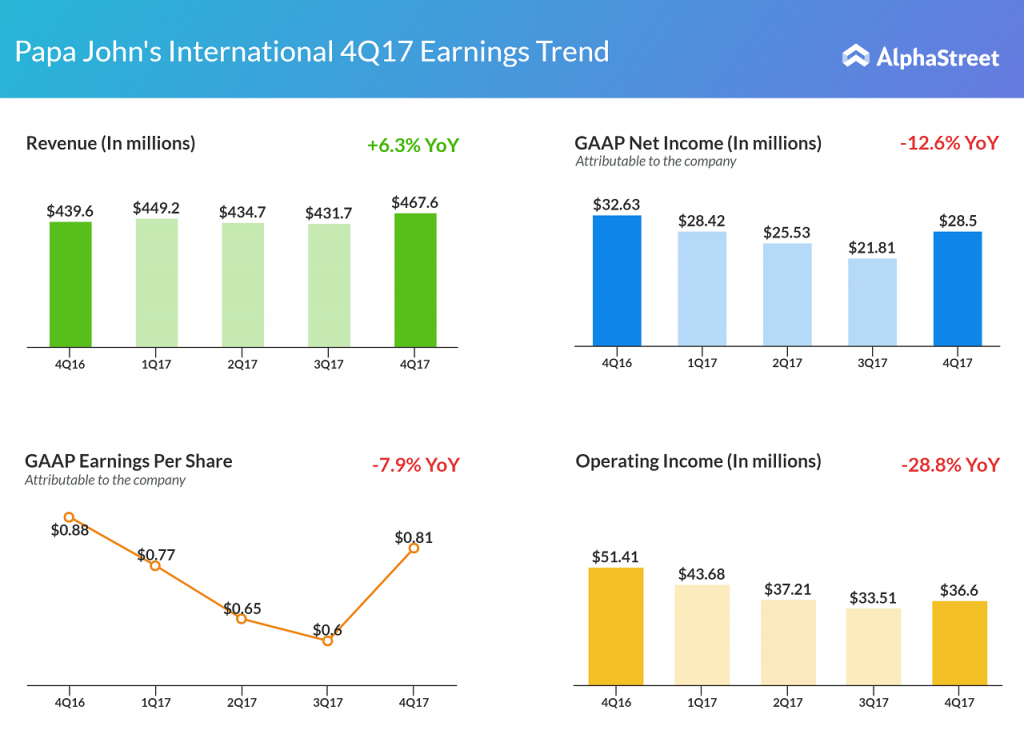