Hydrogen fuel-cell maker Plug Power (PLUG) is expected to post its fourth-quarter 2018 earnings on Thursday, March 7, before the opening bell.

Back when the year kicked off, Plug Power said it was looking at a preliminary revenue of $60 million to $63 million in the quarter.

For the whole year, Plug Power sees about $182-185 million in revenue, jumping 40% from last year. Plug Power also estimates to achieve $235-245 million worth gross billings for the year.

It is expected that Plug Power will benefit from this as it announces its quarterly results on Thursday. 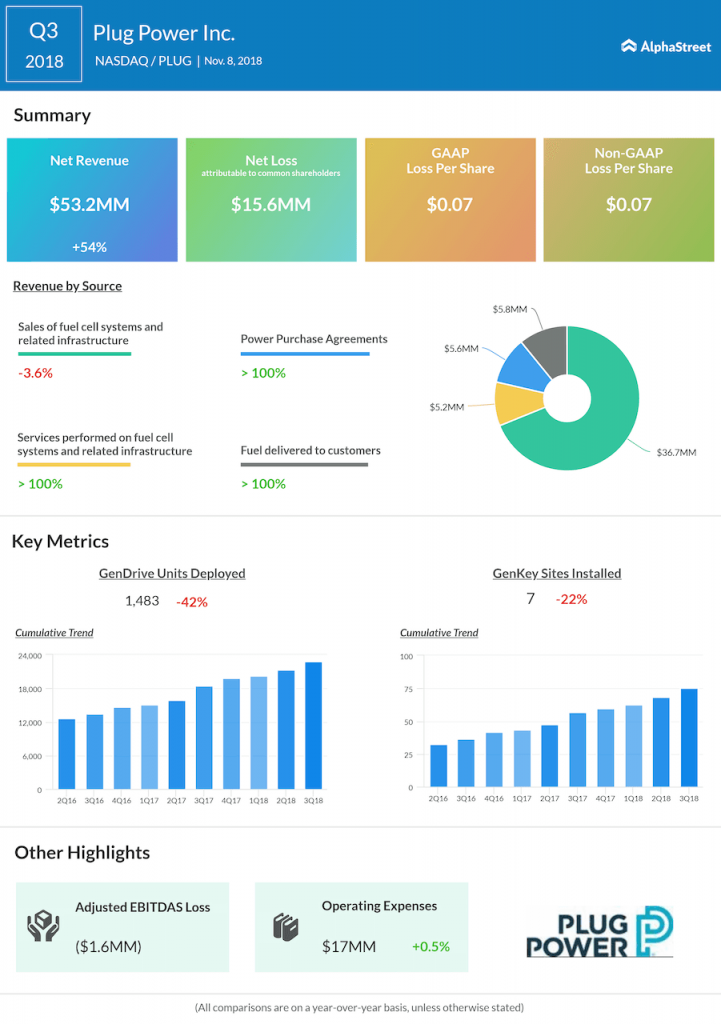 Back in November, Plug Power also announced the launch of its a new manufacturing facility in Clifton Park, with the support of NY State’s Empire State Development. As of Nov. 8, Plug Power had the capacity to produce about 20,000 fuel cell products annually.

The battery maker’s upbeat results then raised shareholder confidence, as it then sent the stock up when the results were announced. If the latest results beat estimates, this trend is expected to continue.

(Update: Removed market consensus from an earlier version of the story since the company has already posted preliminary results)