The US Securities and Exchange Commission (SEC) finally caught up with the Citibank (C) and fined them $38 million for misrepresenting American Depositary Receipts (ADRs) to brokers.

The financial giant provided US securities that represent foreign shares in numerous premature transactions, without the latter not knowing the actual number of foreign shares to support ADRs.

Citi neither denied nor admitted the SEC charges and have agreed to pay the fine. 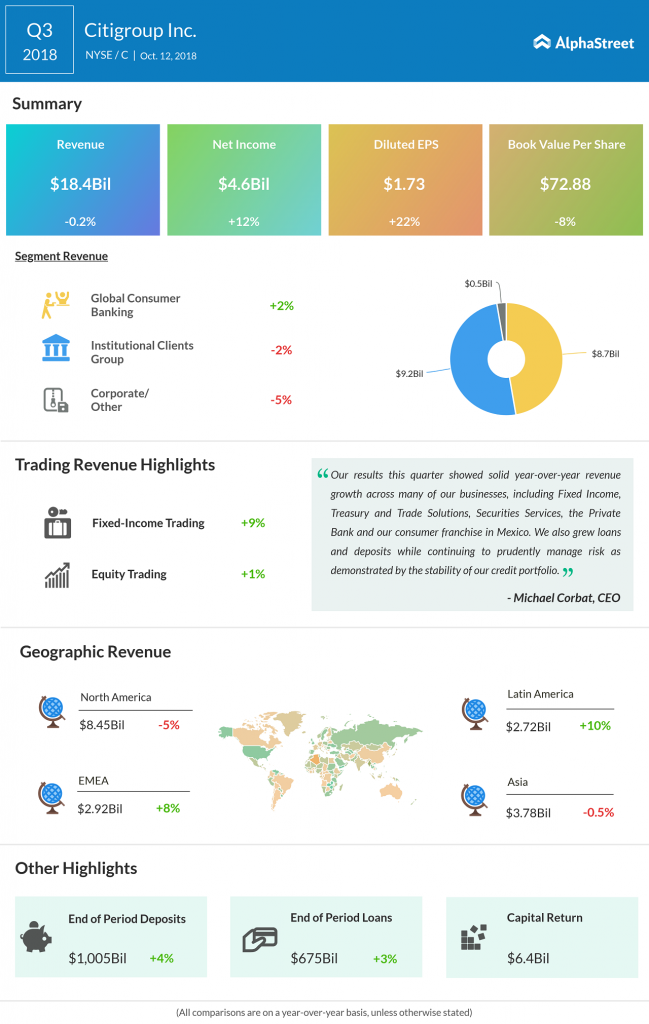 In October, the third largest US bank posted third-quarter earnings beating Wall Street estimates. The company reported earnings of $1.73 per share on a revenue of $18.4 billion. For the period, Citigroup reported in-line net interest margin of 22.7%, helped by a 7% decline in the effective tax rate.

Pelosi in the lead for Speaker job as tech, healthcare stocks jump on midterm results

The stock opened bullish today and hit a high of $67.97 in the first hour of trading, but quickly fell to $66.70 after reports of the fine broke — and effects of the mid-terms kept it at lower levels.