What to expect from Shake Shack (SHAK) Q3 earnings

Shake Shack (NYSE: SHAK) is set to release its third-quarter 2019 earnings results on Monday, November 4, after the market closes. The bottom line will be hurt by higher costs and expenses as well as unfavorable foreign exchange translations. However, the top line will be benefited by Shack sales and licensing revenue.

The company is likely to see strong revenue growth rates, which have consistently remained in the high double-digit levels for the past two years. However, the food costs, which are impacted by chicken’s higher prominence, are likely to weigh on the bottom line. The new store opening and efficient stores are likely to drive less labor pressure for the quarter. 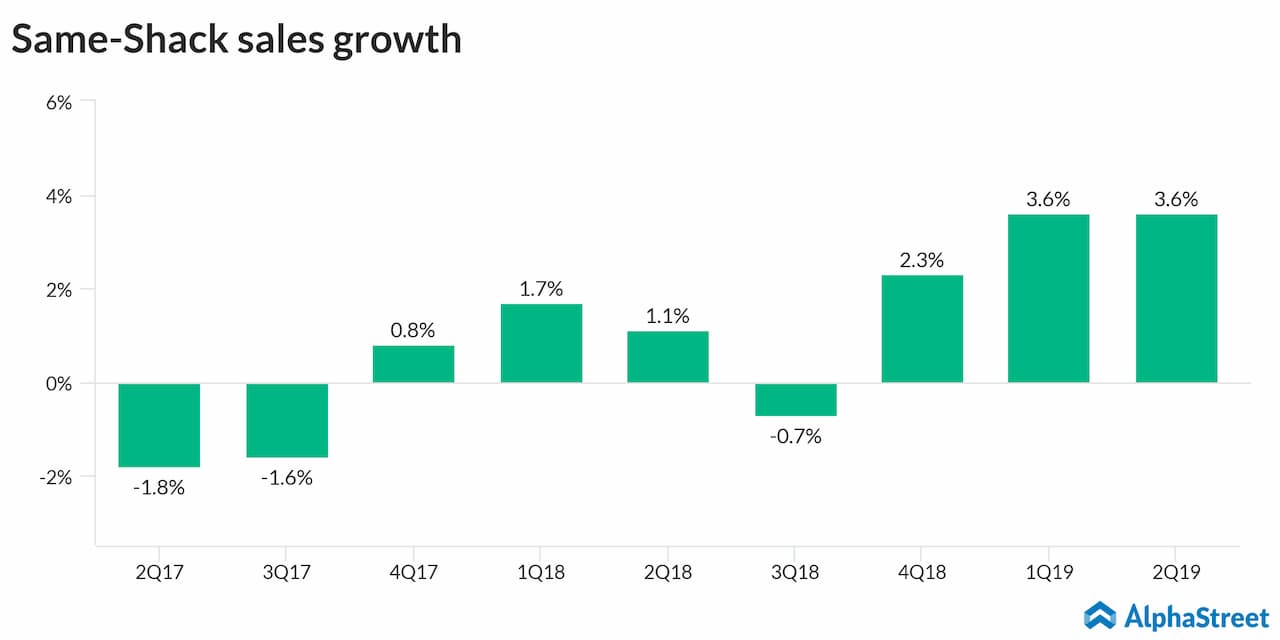 The opening of stores remained at a much more balanced pace than the compression it experienced late in 2018. Also, in the coming years, the international business is likely to contribute more to Shake Shack backed by a well-established supply chain and key strategic partnerships.

Analysts expect the company’s earnings to decline by 4.80% to $0.20 per share while revenue will jump by 32% to $157.83 million for the third quarter. The company has surprised investors by beating analysts’ expectations thrice in the past four quarters. The majority of the analysts recommended a “hold” rating with an average price target of $85.

For the second quarter, Shake Shack posted an 18% increase in earnings driven by lower interest expense, higher other income, and lower-income tax expense. The top line soared by 31% year-over-year driven by the opening of 40 new domestic company-operated Shacks and 18 net new licensed Shacks as well as same-Shack sales growth.