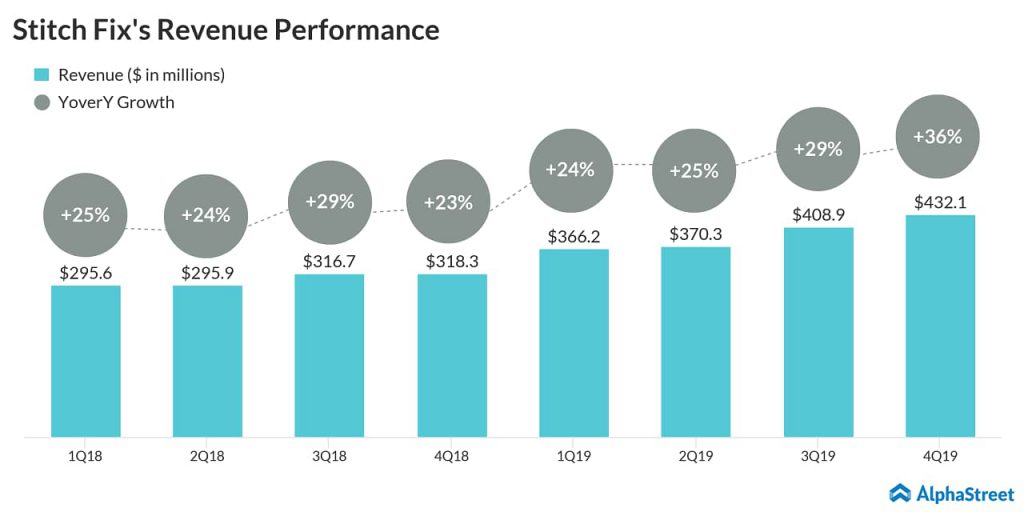 For the first quarter 2020, Stitch Fix expects revenue to be between $438 million and $442 million, representing a year-over-year growth of 20–21%. Adjusted EBITDA is expected to be in the range of $6 million to $9 million.

Commenting on fiscal year 2019 results, CEO Katrina Lake said, “For the full year, we grew net revenue 29% year over year to $1.6 billion and captured more of our large addressable client base by adding nearly half a million active clients in 2019. In addition, we consistently demonstrated our ability to deliver great client experiences, growing revenue per active client in every quarter of fiscal 2019, including 9% year over year in Q4.”