Stock Watch: Will Boeing (BA) regain the lost momentum in 2023?

It is estimated that Boeing has returned to profitability in the fourth quarter, ending the prolonged losing streak

The Boeing Company (NYSE: BA) has been mired in problems for some time, raising speculation that the aircraft maker has reached an inflection point. After poor passenger traffic and mounting losses dented the company’s market value, the management made a recovery plan forecasting that the rebound would begin in 2023.

The company’s bottom line has been languishing in the negative territory in the past few years, with the only relief being some short-lived recoveries. The rout can be linked mainly to losses related to the grounding of 737 Max jets in 2019 after hundreds of people died in two separate crashes. The stock selloff that followed the crisis drained millions of dollars from Boeing’s market cap. Though the ill-fated model returned to service after the ban was lifted in late 2020, the ghost of the accidents continues to haunt the company.

While the Chicago-based company’s stock is yet to rise from historic lows, 2022 was a mixed year for it, marked by several ups and downs. BA shrugged off the mid-year weakness and made steady gains in the final months of the year, especially after third-quarter earnings. Justifying the improvement in market sentiment, analysts are of the view that the company ended fiscal 2022 on a positive note by recording profit in the final three months of the year.

In a trend that would catalyze the recovery, there has been an uptick in 737 MAX deliveries and orders lately, especially after production stabilized last year. The company received 561 orders for the 737-family last year. In December alone, 53 737s were delivered even as the jets attract new customers. Of late, investors have been worried about continuing losses in the defense business, production delays, and reduction in delivery targets. 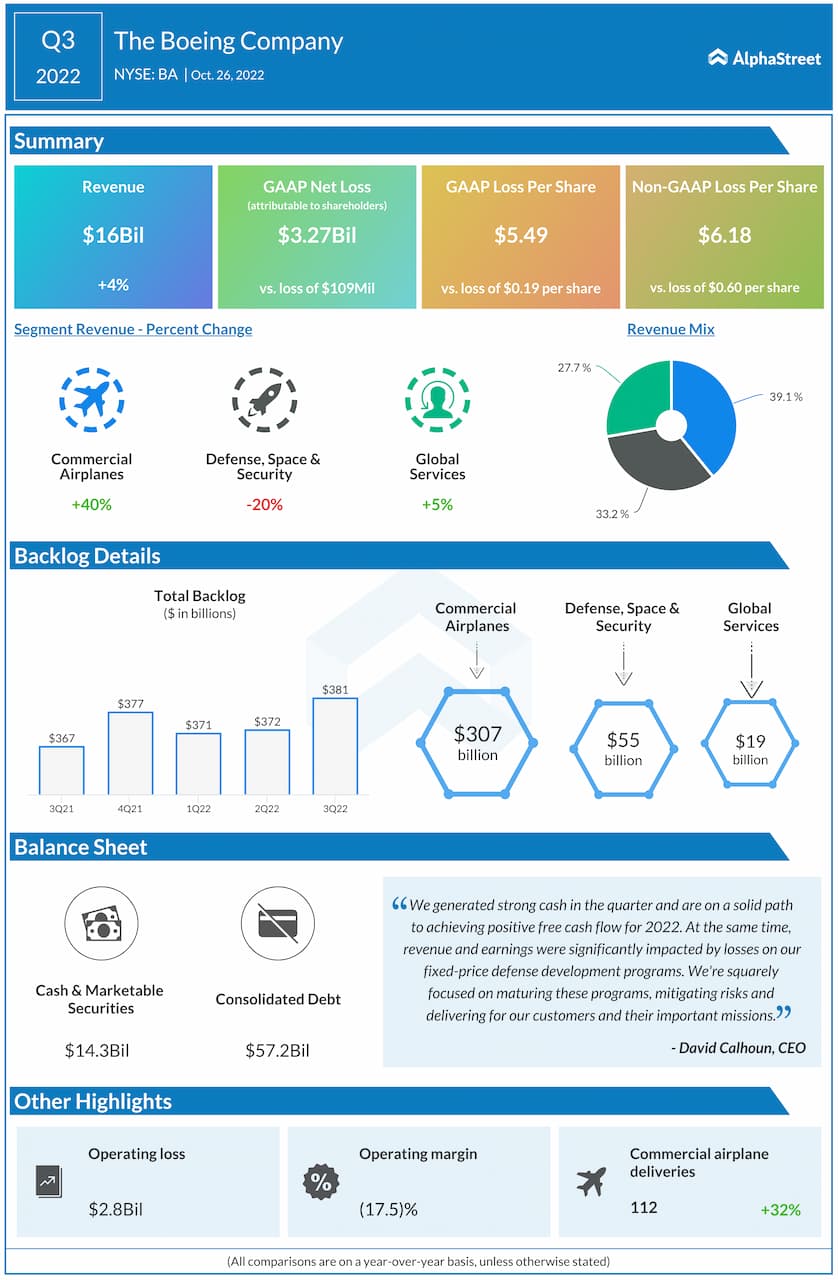 The management is looking for a significant improvement in free cash flow this year and beyond, which would help the company reduce the debt that rose sharply after the aircraft-grounding and during the pandemic.

“…third quarter performance puts us on track to be positive for both the second half and the full year of 2022. And finally, as we look to 2023, our operational and financial performance should continue to improve. The acceleration will not be as significant as previously anticipated, and our path to recovery is taking a bit longer than expected driven by the challenging macro-environment. But longer-term, there is a significant opportunity for our company to return to sustainable growth.”

Since suffering a setback from the fatal crashes, Boeing has been on a losing streak. Adding to the concerns, it kept reporting bigger quarterly losses than widely expected. In the third quarter, net loss widened manyfold year-over-year to $6.18 per share, despite a 4% growth in revenues to $16 billion. The top line missed estimates, as it did in every quarter in the recent past. Despite the unimpressive outcome, Q3 was significant for the company as it generated positive cash flow for the first time since the recovery efforts began.

AAL Stock: Why American Airlines is a risky investment

Meanwhile, market watchers see the company returning to profitability in the fourth quarter when revenue is expected to grow in double digits to $19.6 billion. The results are expected to be released on January 25. While tapping into the post-COVID aviation recovery, Boeing will have to deal with high inflation and geopolitical issues in the coming months.