Earnings of warehouse club operator Costco Wholesale (COST) increased in the third quarter and came in slightly above market expectations, supported by strong sales, both in stores and online. However, the company’s shares dropped in the after-hours trading on Thursday following the earnings announcement.

Third-quarter profit advanced to $750 million, or $1.70 per share, from $700 million, or $1.59 per share, in the year-ago quarter, beating analysts’ expectations. Total revenues climbed 12% to $32.36 billion, marking the fourth consecutive double-digit increase. The top-line surpassed estimates as both sales and membership fees registered strong growth.

The consistent uptrend in Costco’s e-commerce sales shows that an increasing number of shoppers are using its online platform for making purchases. Costco’s unique membership model and aggressive digital push give it the strength to compete with rivals Walmart (WMT) and Amazon (AMZN). 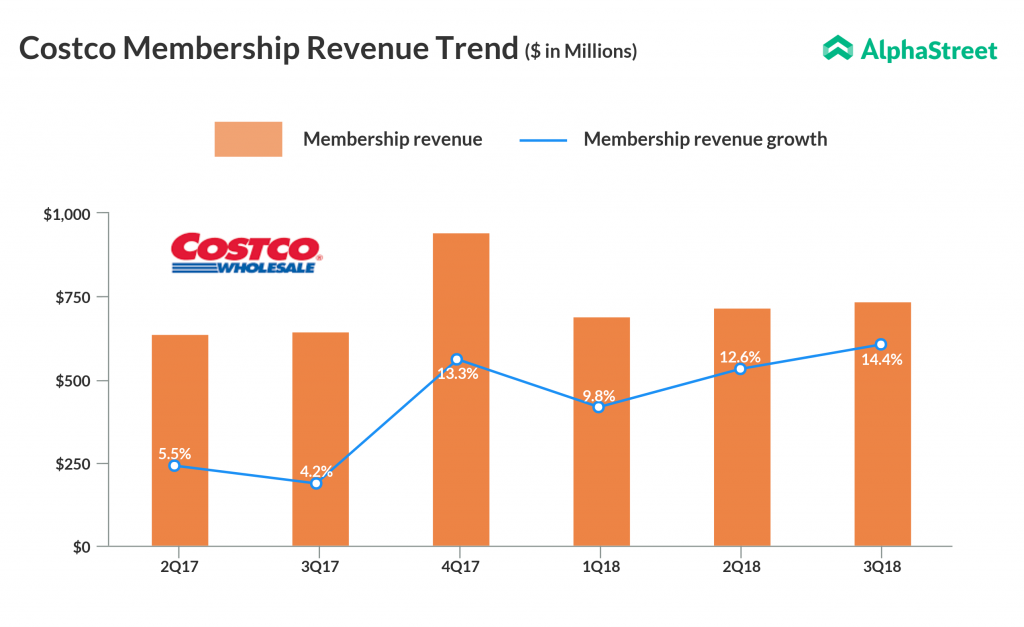 The superior quality of merchandise offered by Costco and strong market presence make it one of the dominant retail wholesalers. Over the past several years, the Issaquah, Washington-based company has been maintaining a steady growth trajectory, helped by its heavily discounted prices.

Among Costco’s peers, Walmart recently reported a 14% growth in its first-quarter adjusted earnings as the company’s e-commerce initiatives lifted revenues by 4% to $123 billion. Earnings of Target (TGT) rose 8% to $1.33 per share in the first quarter supported by a 3% revenue growth.