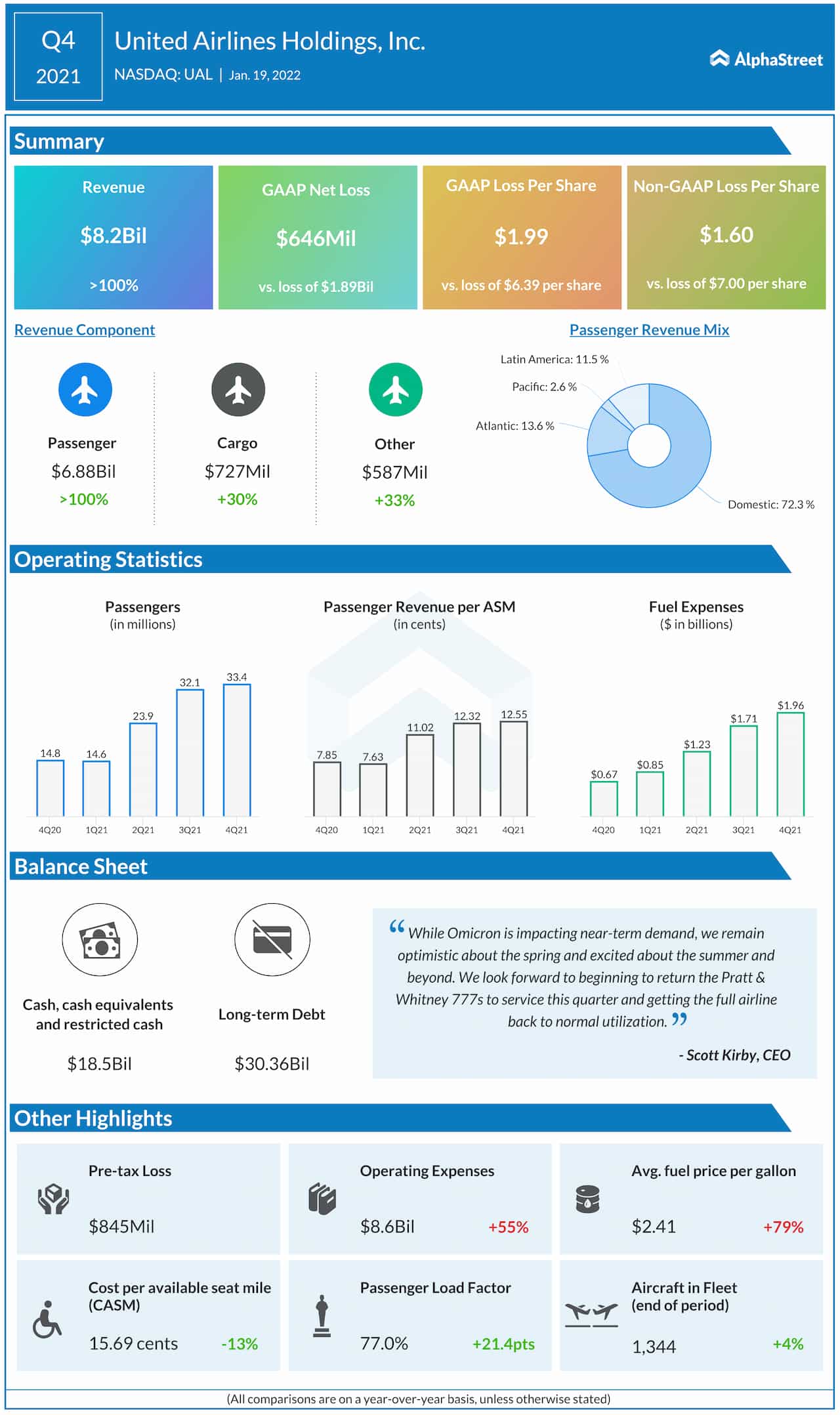 Shares of United Airlines closed Wednesday’s regular trading lower and lost further during the extended session, immediately after the announcement.