Uber Technologies Inc. (NYSE: UBER) is set to report its third-quarter earnings results on Monday, November 4, after the market closes. The results will be weighed down by cost pressure, which has been increasing more-than-expected due to driver incentives and investments in the business.

The company has been struggling to carry the top-line growth to the bottom line due to mounting expenses. Also, concerns have been mounting about the profitability and growth in the present times as the company is operating in industries that have exponential growth in the future. 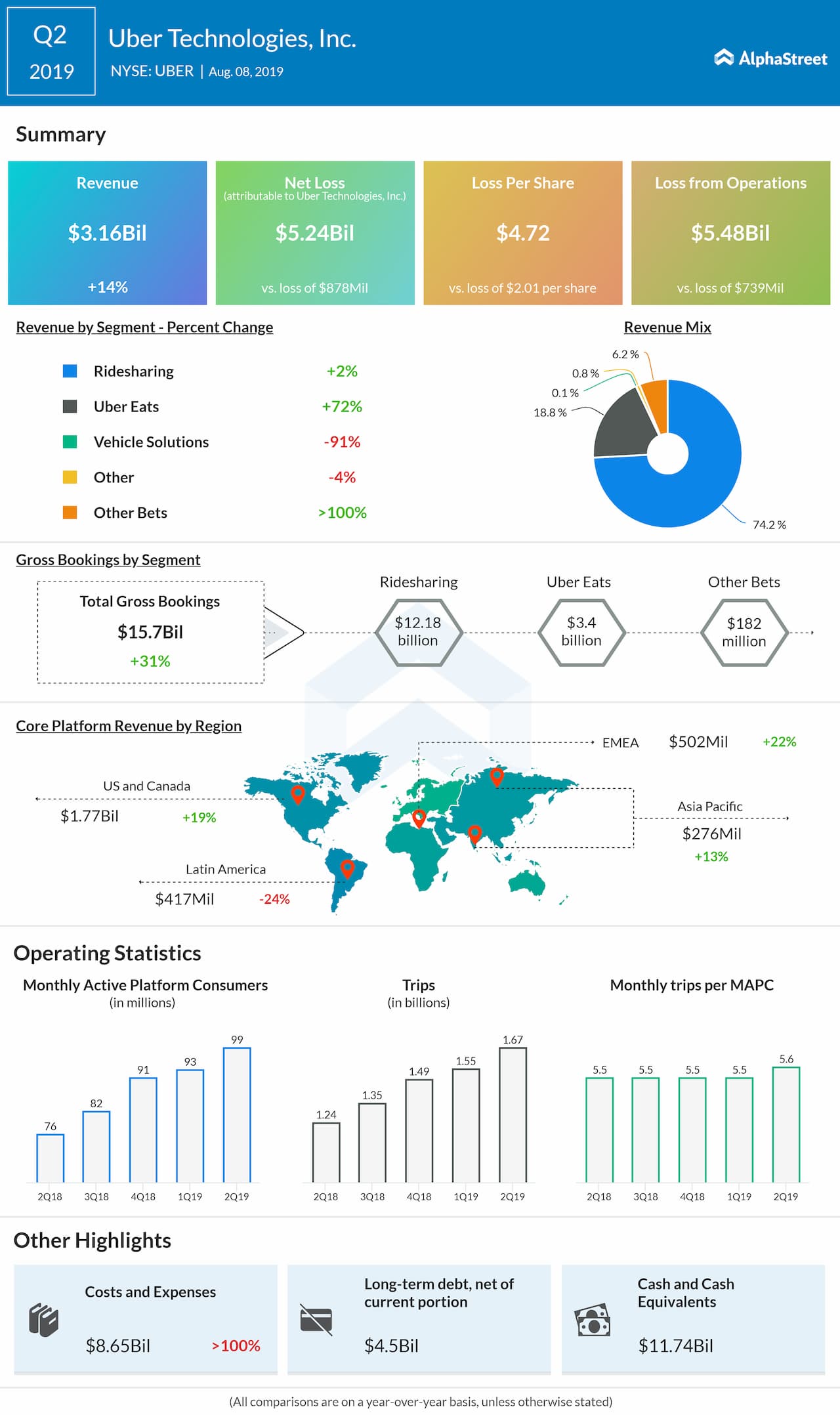 Uber will continue to incur losses in the near term as a result of expected substantial increases in operating expenses, due to its investments in the daily running of the business. The company has been facing hurdles about the introduction of new products such as UberPOOL that generates lower gross bookings per trip or a lower take rate instead of value addition.

The gross bookings are an indication of the scale of Uber’s current platform, which ultimately impacts revenue. The company generates substantially all of its revenue from fees paid by drivers and restaurants for use of its platform. At the end of the second quarter of 2019, Uber had 99 million active users on its platforms compared to 57 million in the second quarter of 2017.

Analysts expect the company to report a loss of $0.81 per share on revenue of $3.69 billion for the third quarter. For the second quarter, the ridesharing firm reported a wider loss as excess driver incentives drove costs and expenses higher. The top line increased by 14% year-over-year helped by strong contributions from Uber Eats and other bets.

The company’s stock has remained a concern for investors as the shares have fallen over 24% since it went public in May. The stock has climbed to reach $47.08 on June 28 but taken the downward path to reach the lowest of $28.31 on October 2.