Arguably the go-to social media platform in China is Sina Weibo. The microblogging giant Weibo Corp (WB) is all set to post its third-quarter earnings before the opening bell on Wednesday. Analysts expect Weibo to earn $0.71 a share on revenue of $456.4 million.

Last year, Weibo earned $0.51 per share. Its metrics have been pretty robust since. However, investors seem to want to get rid of the stock in what is a selling frenzy that has brought the shares down to the $50s.

And it’s not just Weibo that is facing the heat. Back home, Both Facebook and Twitter have been under fire. Right after the privacy uproar and related hearing, 2018 saw a huge FAANG slump. 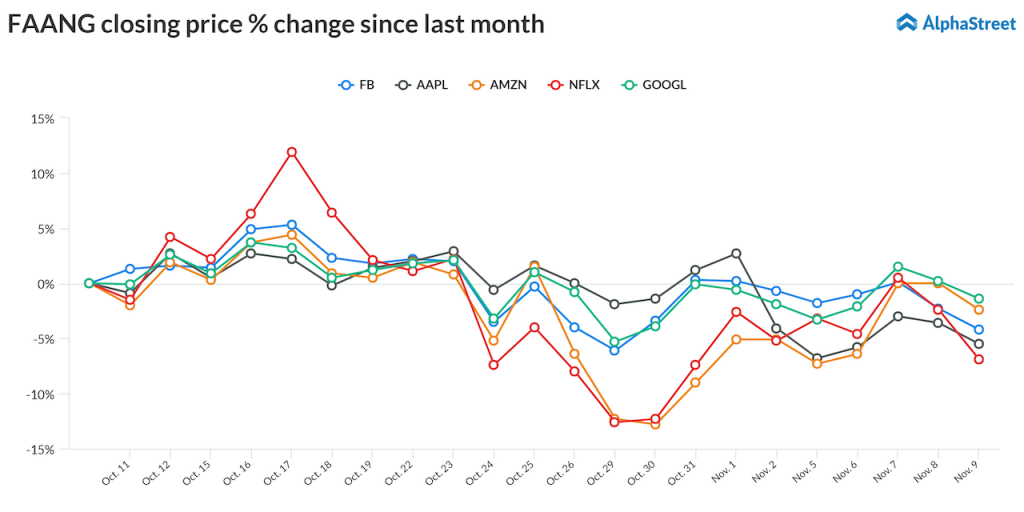 The FAANG stocks’ combined market value losses crossed $1 trillion on Nov. 20 with Amazon taking the biggest hit to its market cap of $280 billion. Facebook and Apple both lost $253 billion while Alphabet saw $164 billion wiped out from its market value. Netflix was slightly better off than the others, losing only $67 billion.

While some attribute the tech rout to a market correction, others believe the day of reckoning has come for several major technology companies. Weibo is arguably China’s Facebook and Twitter. If sentiments of US social media translate to foreign stock, Weibo might continue the slump even after posting better than expected results.