What to expect when Blue Apron (APRN) reports Q3 earnings

Blue Apron Holdings Inc. (NYSE: APRN) is set to report third quarter 2019 earnings results on Thursday, October 31, before the market opens. Analysts have forecast a loss of $1.98 per share on revenue of $106.8 million. This compares to a loss of $2.70 per share on revenues of $150.6 million reported a year ago.

Blue Apron’s topline numbers have continued to decline and this trend is not expected to change in the third quarter. But the company has managed to narrow its losses through the first two quarters of the year helped by the reduction in marketing expenses. 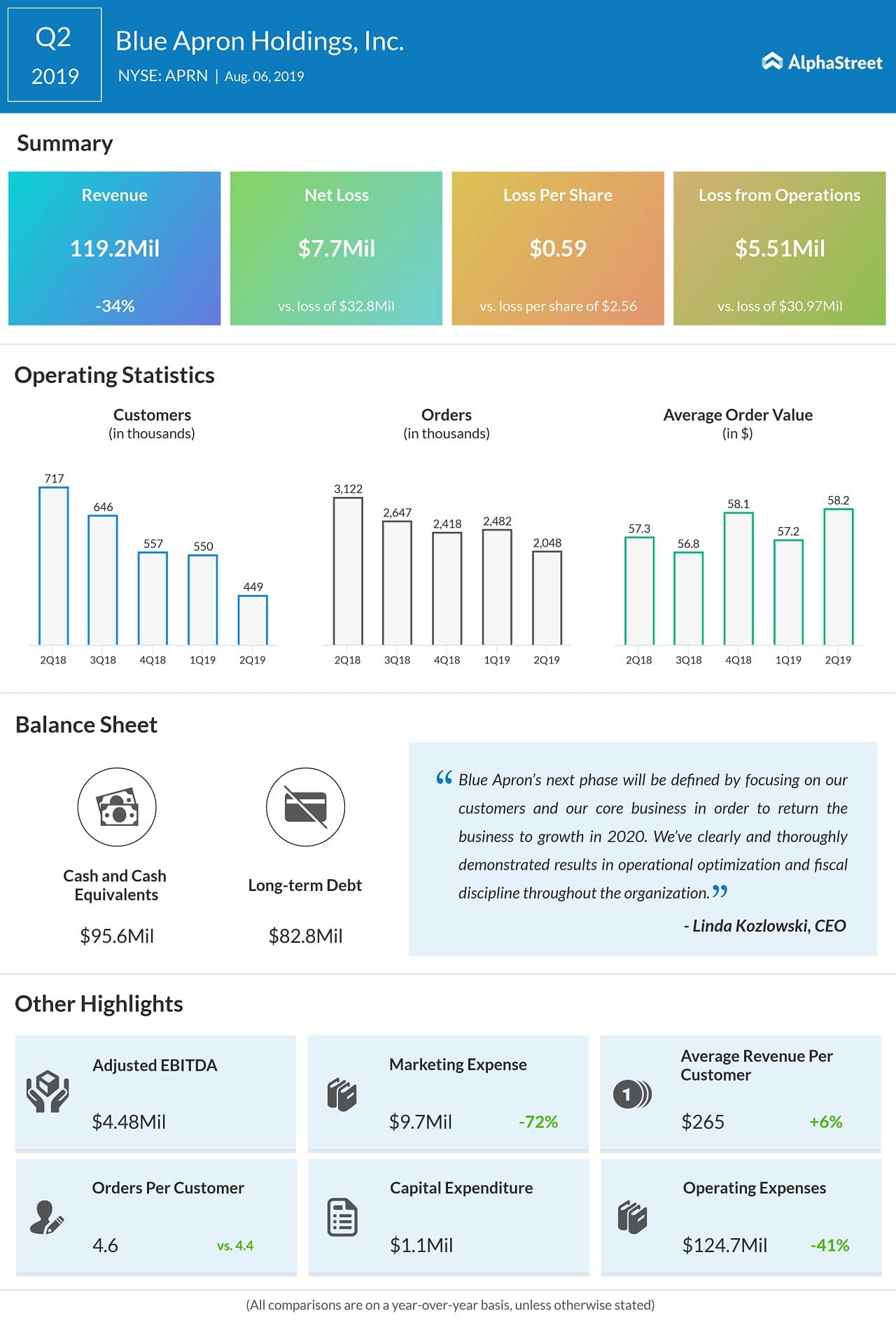 The company has seen a steady decline in customers with the number declining 37% year-over-year in the second quarter of 2019. Orders dropped both on a sequential and year-over-year basis. Blue Apron, which faces stiff competition from other delivery services and major retailers who offer lower-priced meal kits in stores, was in need of a new strategy to get back on its feet. It appears the meal-kit provider is doing exactly that.

Last month, at a retailing conference, the company said that it would focus on product evolution, which includes offering more product choices to its customers with the aim of improving retention and attracting new customers. Blue Apron also said it would look for opportunities in large-scale partnerships. Last quarter, the company started offering Beyond Meat (NASDAQ: BYND) products on its menus. It is worth looking for updates on how this move has benefited the numbers.

All in all, there might not be a radical change in the third quarter results but based on the company’s new strategy and alliances, there could be small signs of a pickup. Its plans for customer acquisition remain an important area to watch.

In the second quarter of 2019, Blue Apron missed revenue expectations, posting a 34% decline to $119.2 million. Net loss was narrower-than-expected at $0.59 per share.

Shares have dropped 23% in the past three months. The stock was down 4% in afternoon hours on Tuesday.