Nio deliveries finally improve, but will this help outplay Tesla?

Nio Inc. (NYSE: NIO) stock continued its gains on Tuesday as the ramp-up of its premium electric SUV, ES6, drove deliveries higher for September month. However, the growth of the China-based electric carmaker is likely to be hindered by several headwinds, including competition from its rival Tesla (NASDAQ: TSLA).

Nio, which manufactures premium passenger cars that run on electricity, delivered 2,019 units last month. That included 1,726 ES6s and 293 ES8s, its 6/7-seater premium SUV. The September results represent a 4% sequential increase. For the third quarter, Nio delivered 4,799 vehicles, up 35.1% from the second quarter and exceeded the midpoint of its forecast range significantly by 499 vehicles or 12%. 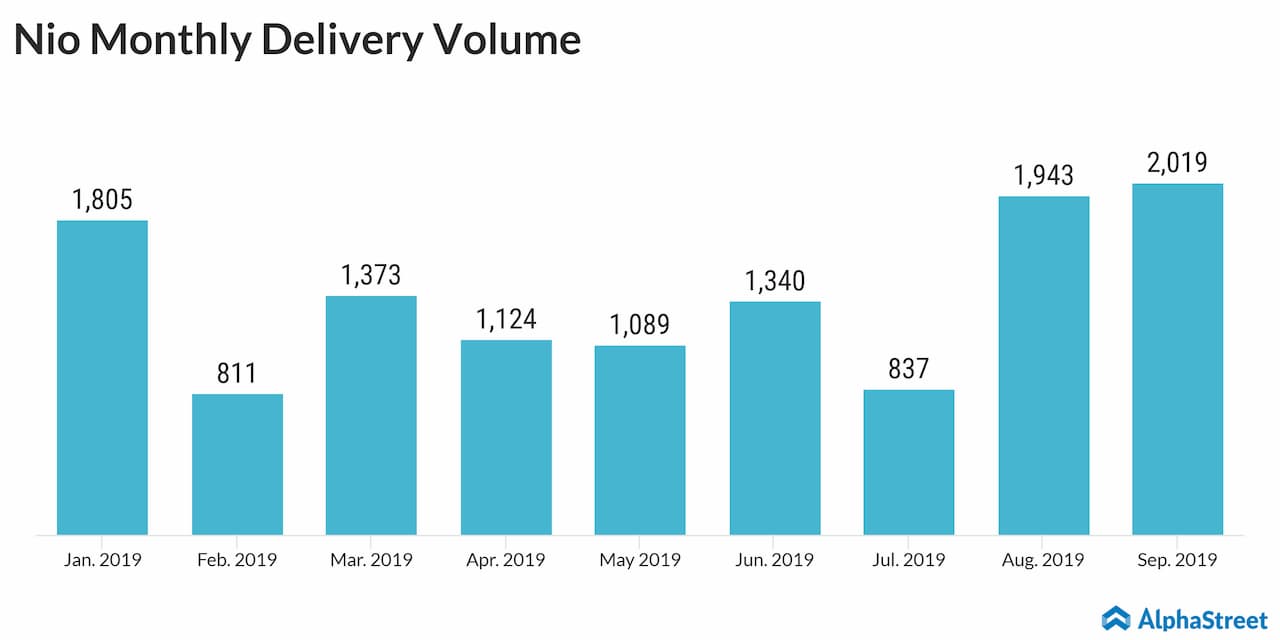 The company had earlier experienced softness in vehicle deliveries due to voluntary battery recall, cost ravage, falling passenger vehicle sales, and lower electric vehicle subsidies. Also, Nio is facing stiff competition from Tesla, which is constructing a Gigafactory in Shanghai.

Nio has turned its focus towards battery production capacity after the battery recalls impacted vehicle production and deliveries during in July. The company has hinted at low production levels to manage the additional capital requirements.

The overall performance in September was attributed to the expedited shipments ahead of China’s national day holiday. As many as 12,341 units, including both the leading models, were delivered so far this year, taking aggregate deliveries to 23,689 units. Shipments of ES8 first started in June 2018 and those of ES6 began approximately a year later. 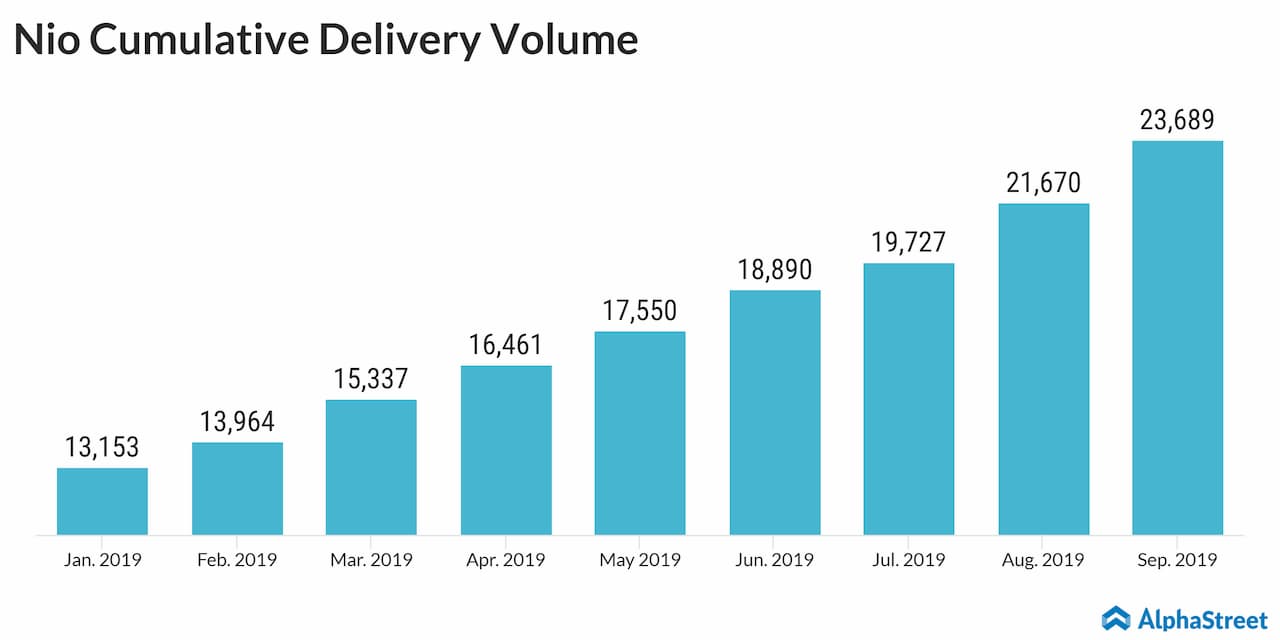 The company has initiated steps to increase its vehicle production by lowering the global headcount to around 7,800 by the end of the third quarter from over 9,900 in January 2019. Nio is further pursuing a leaner operation through additional restructuring and spin-off of certain non-core businesses by year-end.

Tesla has delivered about 97,000 vehicles and produced 96,155 vehicles in the third quarter of 2019. This turned out to be disappointing for the investors, who were expecting close to 100,000 deliveries. The production of Model 3 vehicles turned out to be the main focus for Tesla in order to meet the customers’ demand.

Comparison-wise, Nio deliveries remain much lower than Tesla, even as both the companies face pressure from the macroeconomic level. Also, Nio is selling vehicles in fewer markets than Tesla.

Cash crunch continues to be a major problem for the auto players but market experts believe that Tesla has a competitive advantage over Nio due to a stable cash flow. There persisted fewer concerns on Tesla’s ability to repay debt.

The experts expect Nio to seek additional capital in the first quarter of 2020 as liquidity appears sufficient till year-end. Despite the robust deliveries report, Nio is somewhat lagging in the competition war against Tesla due to the cash shortage for investments and no expansion plans for the future. Both the companies are expected to reveal additional details of expansion plans during the upcoming results.