Was 2017 the year of acquisitions?

Like all trends from Snapchat to the Ice-bucket challenge to making every possible annoying version of that Ed Sheeran song, the Wall Street has one too—the tendency to consolidate.

And it’s been quite a gold rush over the past few years across the globe, with 2017 setting a record for most number of mergers and acquisitions.

Over 50,600 transactions worth over $3.56 Trillion were announced worldwide in 2017, according to the Institute for Mergers, Acquisitions and Alliances (IMAA).

The US witnessed few of the significant and biggest deals in 2017: from big-dollar deals like CVS Health-Aetna (valued at $69 Billion) to smaller, yet important deals like Verizon-Yahoo (valued at $4.5 Billion.) 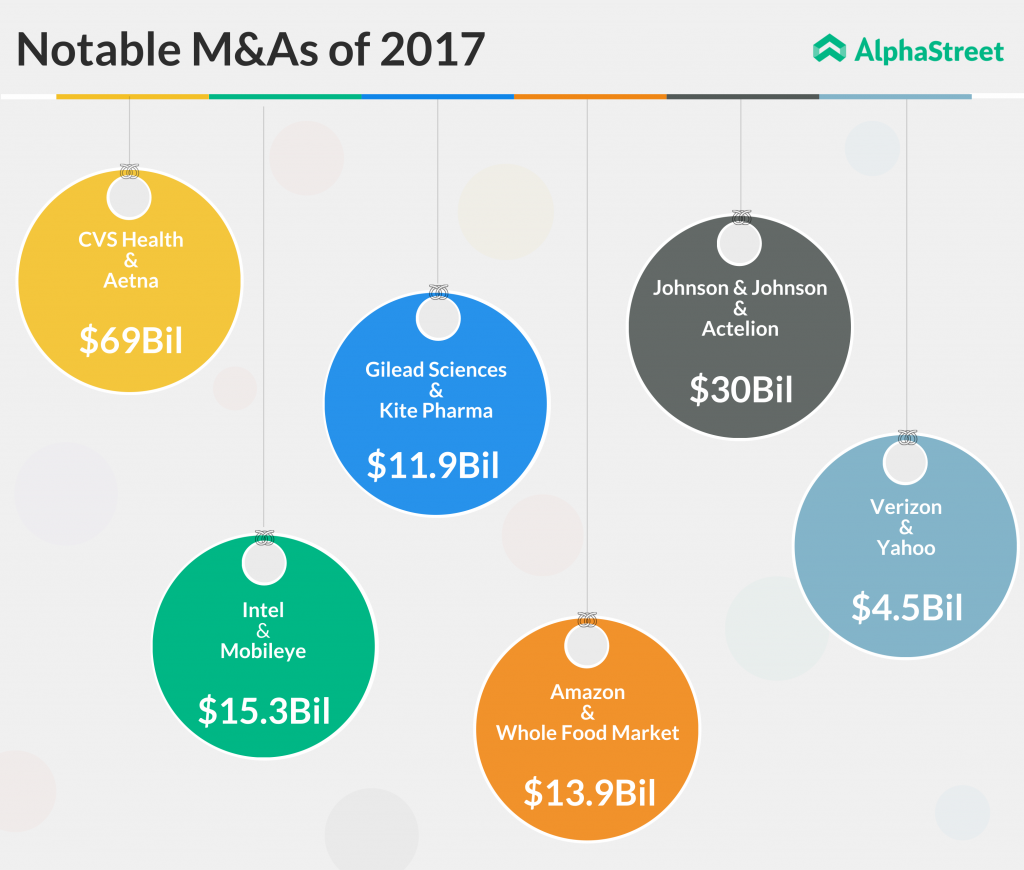 With the M&A activity on a fast lane, the one thing consumers need to note is this tried and tested market trend—the lesser the competition, the higher the prices. And this is one of the reasons for the immense pressure on the multi-billion dollar AT&T-Time Warner deal, courtesy the Justice Department.

We’ll have to wait and watch how all these consolidations will affect the future of major players. Though major reshuffling has its benefits, the uncertainty surrounding the competition and pricing remains a big concern.