In an interview with AlphaStreet, CFO Alex Xu talks about the company's strategy on matters like regulatory compliance, interest rate cap, and business expansion

360 DigiTech, Inc. (NASDAQ: QFIN), a market leader in online consumer finance, reported strong financial results for the third quarter of 2021, with double-digit earnings and revenue growth. The company connects consumers and SMEs with financial institutions, and it is currently thriving on the growing demand for digital lending services.

Speaking to AlphaStreet about the strategy of enhancing corporate governance as part of achieving regulatory compliance, CFO Alex Xu said that among the 14 leading internet platforms summoned by regulators early this year, 360 DigiTech’s business model is rather simple and straightforward, thus the company has comparatively fewer issues. Currently, it is making progress in that direction, based on the regulatory timeline, through measures that also include adjusting operations under various licenses and optimizing user experiences. 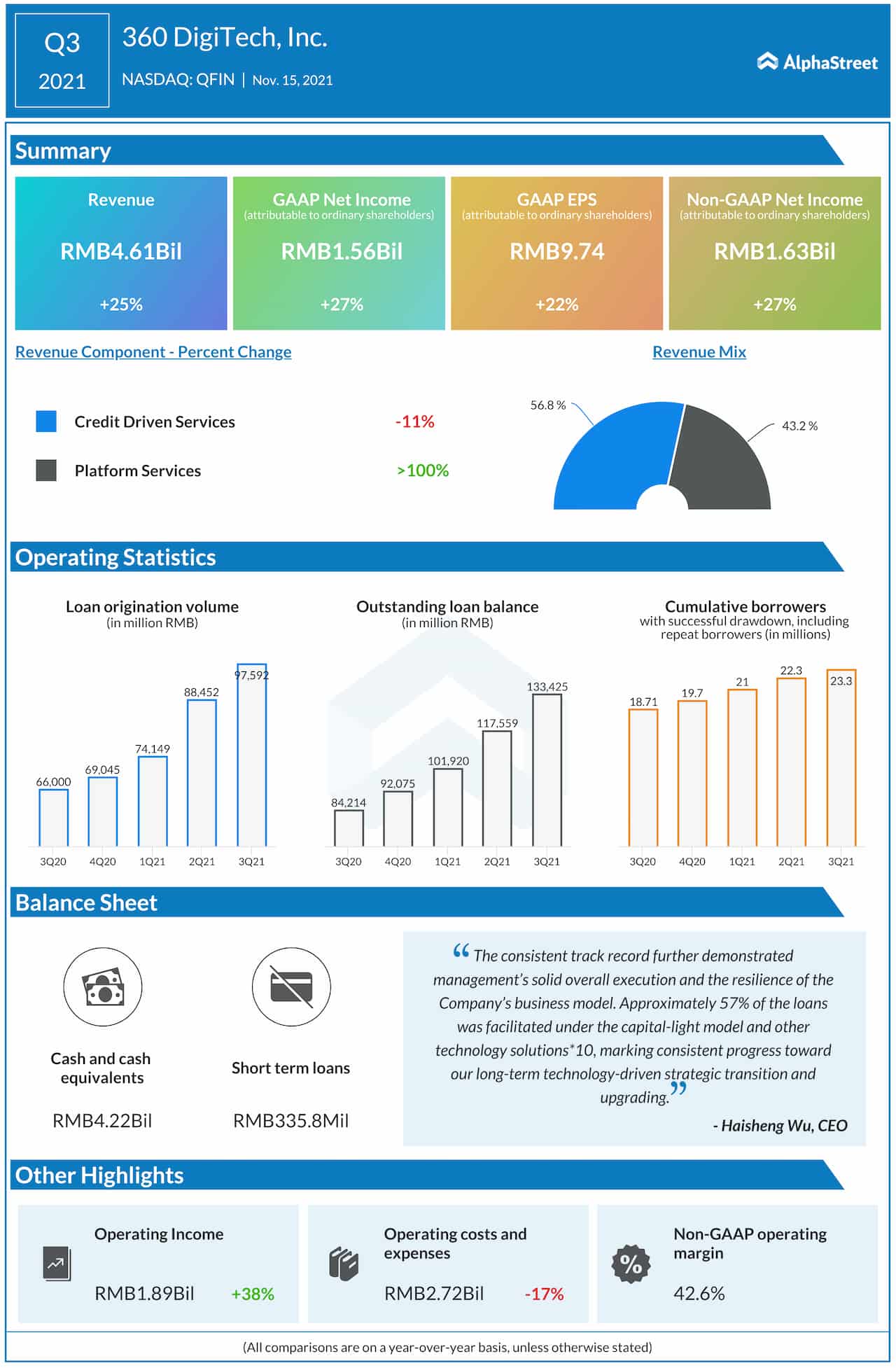 Xu exuded confidence in the company’s ability to complete the compliance-related items within the deadline set by regulators. When it comes to new regulations, it is in close communication with regulators and has created multiple proposals to cover different scenarios. On the positive side, 360 DigiTech has sufficient capital to inject into its licensed entities, if needed, while also leveraging the various financial licenses on hand. Also, discussions are on with credit rating agencies to explore potential business arrangements.

Being a reputed fintech company in the country, 360 DigiTech is also mulling proactive participation in applying for a new credit agency license. Another potential solution is to continue working with business partner KCB, taking advantage of the banking license. All these solutions make the company better equipped than others to satisfy requirements under the new regulation.

On complying with the 24% interest rate cap, the finance chief said the management has proactively communicated with financial partners to drive down prices on the company’s platform. In the most recent quarter, average pricing decreased by more than 1% sequentially, and around 60% of the loans from the platform were priced below 24% as of October. It will continue to slash the average pricing in an orderly manner to meet cap-24% by the second quarter of 2022. According to him, the hedging benefits of lower prices are gradually showing and the company is attracting better quality customers and bigger financial institutions.

When asked about the potential impact of price cuts on profitability, Xu said, “We’re still seeing the same logic as we mentioned after the second quarter when we had the stress test under the 24% scenario. Basically, we still see 1% drop when everything has been said and done. When the entire portfolio moved down below 24%, the average pricing will probably be sitting somewhere around 22.5% and the net take-rate will drop from 4% roughly to about 3%. That still does the outlook for the moment.”

The management’s growth strategy, including the ongoing refinement of business processes to introduce more innovative products, is having a positive effect on the SME business, which registered impressive growth in the third quarter when newly approved credit lines grew 13% sequentially. According to Xu, nearly a third of SME owners received their credit lines in about 10 minutes, reflecting the effective use of technology to improve the borrower experience. Also, efforts by the offline direct sales teams to boost operations translated into a 20% growth in new customers in the third quarter.

When it comes to customer acquisition, the continued improvement in the company’s intelligent marketing strategy helped, marked by a shift from improving efficiency and controlling costs to improving quality and controlling cost. There was an increase in the proportion of the RTA acquisition model to above 40% in the third quarter, and the premium model was optimized giving importance to the quality of users and efficiency of acquisition. User quality screening capacity was increased by 17%, while user acquisition efficiency was raised by 20%, Xu added.