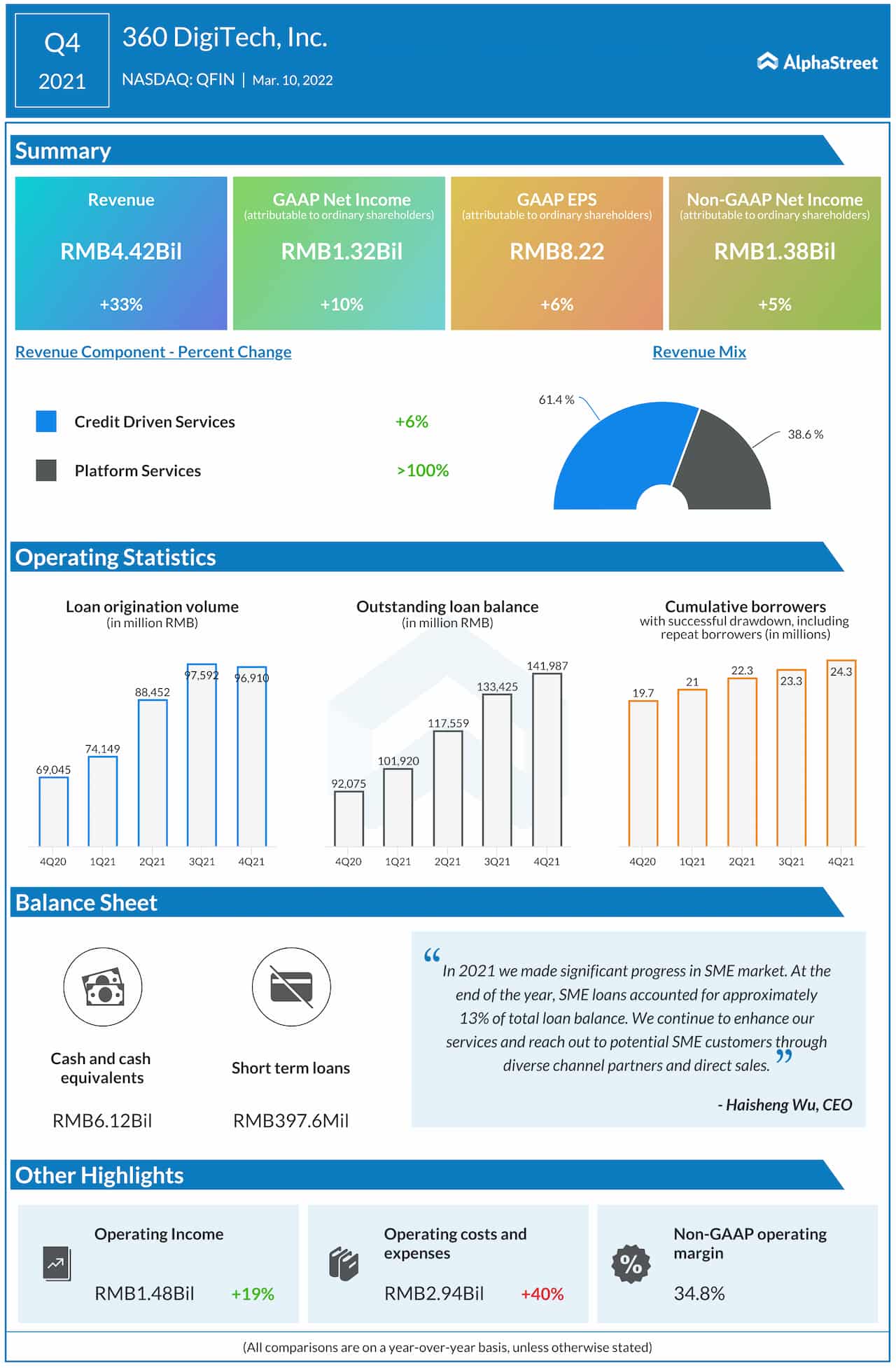 “At the end of 2021, we increased the registered capital of our micro-lending unit to RMB5 billion, significantly enhanced its capacity to serve broader customer base and its capability to handle market risks. We note that recent speech from top regulators suggesting that the rectification of the industry is running smoothly. We are confident that we should be able to make timely adjustments to satisfy with the requirements and guidelines set out by regulators,” said Haisheng Wu, chief executive officer of 360 DigiTech.

Shares of 360 DigiTech closed Thursday’s regular trading down 12% at the Nasdaq Stock Exchange and continued to lose during the extended session following the earnings release.