“Our continued ability to set new records speaks to the quality of our teams and the breadth and enduring nature of our portfolio of franchises against the backdrop of a large and growing interactive market.  As we look ahead, our innovative core gaming pipeline, as well as initiatives like mobile, esports, and advertising, will continue to drive growth for our business,” said Activision CEO Bobby Kotick.

Net booking, which refers to the volume of products and services sold, moved up 15% to $1.38 billion, with both the King and Blizzard segments registering robust growth. At the end of the quarter, the Santa Monica, California-based company had 374 million monthly active users, led by its popular first-person shooting game Call of Duty. 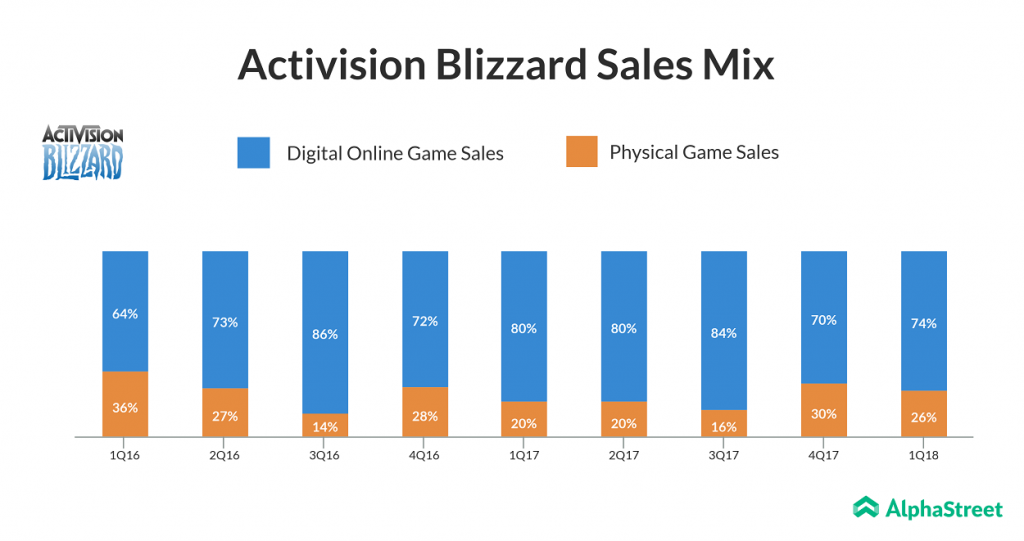 Trading in Activision shares was briefly halted Thursday afternoon after Dow Jones inadvertently published the earnings results before the official announcement. Consequently, the company released the results ahead on schedule, while the stock resumed trading. The stock, which lost over 15% since mid-March, witnessed some volatility in the later part of the session and ended trading down 2.30%.

Among Activision’s competitors, Electronic Arts (EA) is scheduled to release its fourth-quarter results on May 8, while Take-Two Interactive (TTWO) will be publishing results on May 16.