Adobe (ADBE) today reported better-than-expected second quarter results. The company’s revenue jumped 24% to $2.20 billion and earnings, on an adjusted basis, came in at $1.66 per share, both beating street estimates. The stock was down nearly 3% after the bell, post the earnings announcement. It’s also worth noting, San Jose-based firm today hit a new 52-week high eclipsing $258 mark. 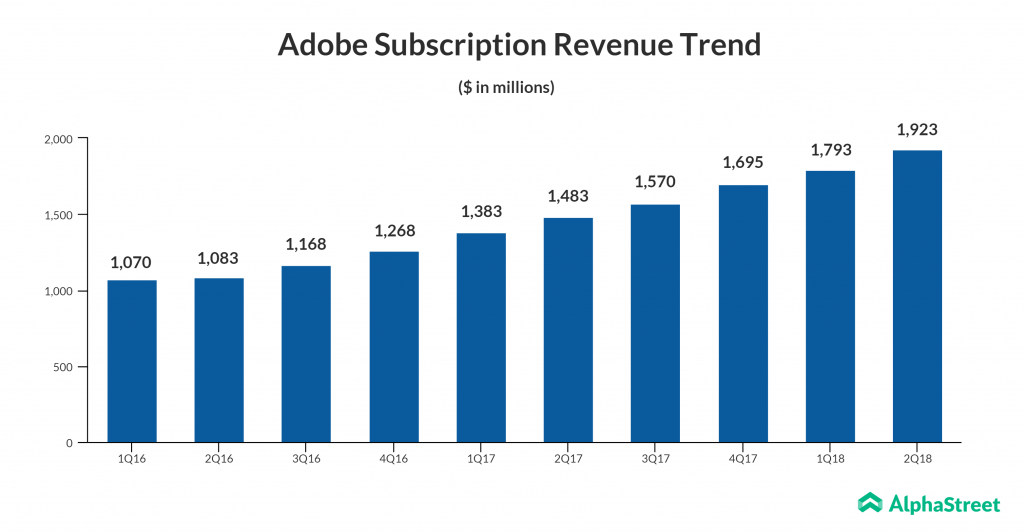 In May, Adobe gobbled up Magento for $1.68 billion, the largest deal by the company in the past ten years. This acquisition helps Adobe get into the e-commerce market, which is expected to beef up its revenue and margin growth. The acquisition is expected to bring in $40 million revenue in the second half with $10 million coming in the current quarter.

For the third quarter, Adobe expects its revenue to be nearly $2.24 billion and adjusted earnings to be $1.68 per share. The Photoshop maker expects its Digital Media and Digital Experience divisions to witness 25% and 15% growth over prior year period with new ARR for Digital Media segment to come in at $310 million.

Adobe has been having a dream run in the bourses with the stock surging nearly 48% in 2018 and jumping 87% over the past 12 months. 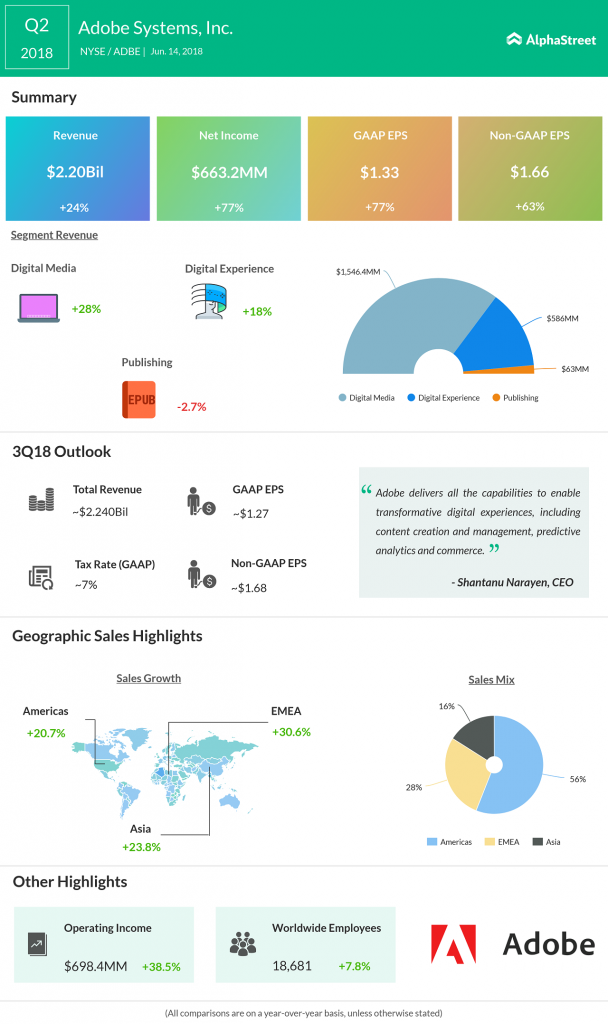