Meanwhile, total revenues improved 6% to $2.06 billion, in line with the analysts’ consensus. Passenger revenues were up 6% to $1.9 billion. 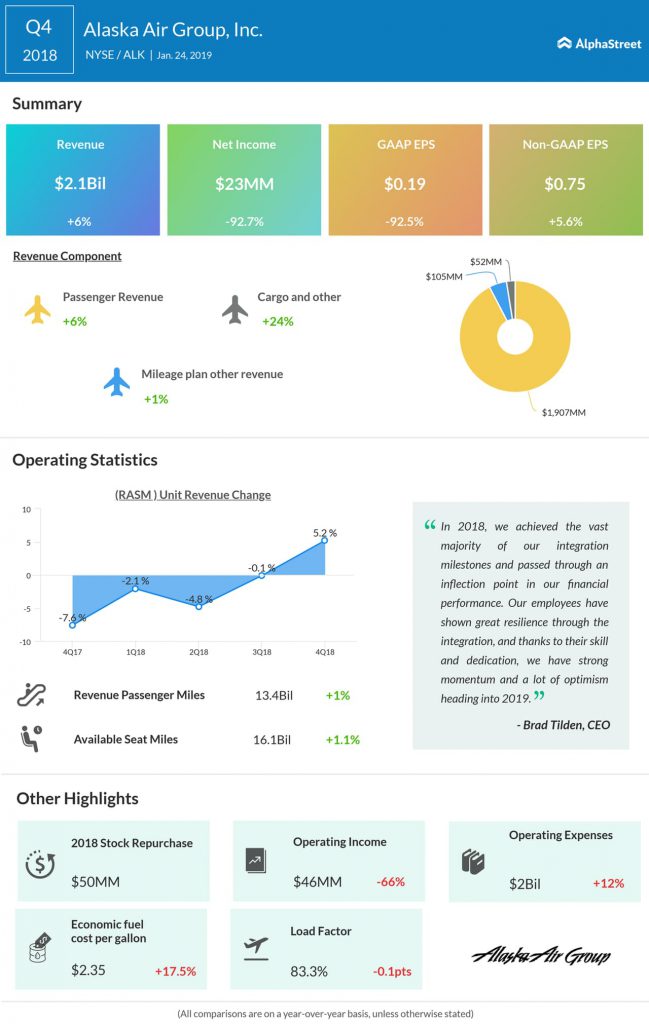 During the holiday quarter, traffic/RPM grew a modest 1% to about 13.4 billion, while capacity increased by 1.1% to 16.08 billion. The load factor was 83.3% during the period, down 0.1 point compared to last year, primarily attributable to capacity overexpansion.

CEO Brad Tilden said, “In 2018, we achieved the vast majority of our integration milestones and passed through an inflection point in our financial performance.”

The company’s margins were squeezed by higher jet fuel prices in Q4. Though fuel prices declined by the end of the year, it was still higher than the levels witnessed during the same time last year.

ALK shares rose 3% during aftermarket trading on Thursday. The stock has traded mostly sideways throughout the trailing 52 weeks and is currently down 8%.