After rallying to an all-time high ($123.06) yesterday, Alteryx (NYSE: AYX) reported its second quarter 2019 results after the bell today. The company reported a profit of 1 cent per share compared to the breakeven non-GAAP net income per share in the prior year quarter. Revenue surged 59% to $82 million. Alteryx stock rose about 4% in the extended trading hours.

Analysts had expected the data analytics firm to post a loss of 6 cents per share on revenue of $76.57 million. 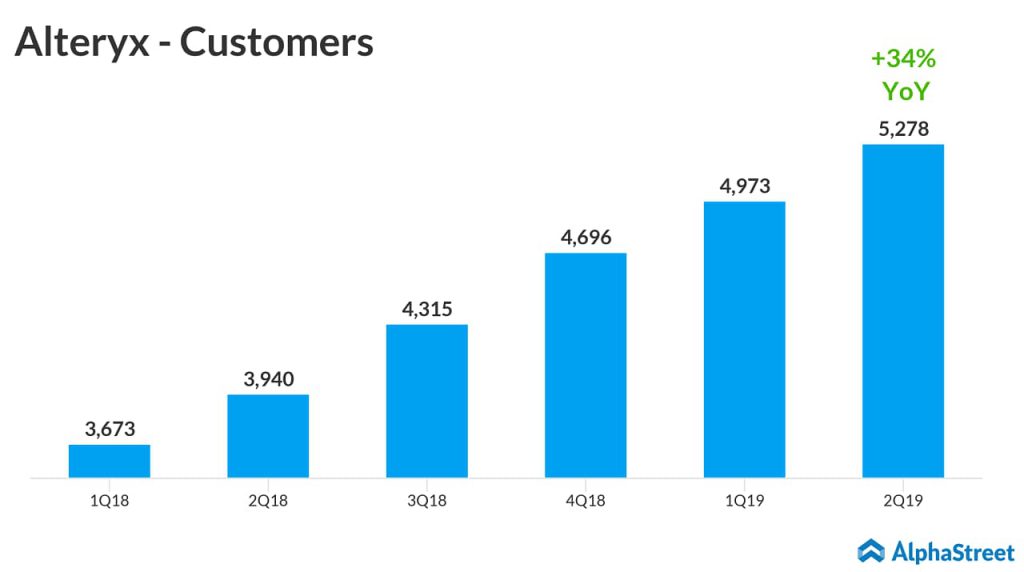 “Our forward momentum continued in the second quarter highlighted by revenue growth of 59% year-over-year and net expansion rates of over 130% driven by both strong market tailwinds and solid execution,” said CEO Dean Stoecker.

After opening at $120.05 today, AYX stock turned to red in the afternoon session after Federal Reserve announced quarter-point rate cut.

Alteryx stock had surged 97% since the beginning of this year and 200% in the trailing 12 months.