Amarin Corporation (NASDAQ: AMRN) is scheduled to report first-quarter 2019 earnings results on Wednesday, May 1, before the opening bell. Analysts expect the biopharmaceutical firm to report a loss of $0.11 per share during the quarter, four cents wider than the loss it posted last year.

The bottom line will likely feel the pressure as the Dublin-based firm shells out more money on the promotion and marketing of its Vascepa capsules. The company will also incur charges related to its label expansion applications.

Vascepa lowers fat level in blood by reducing triglycerides in the body when taken along with a proper diet. 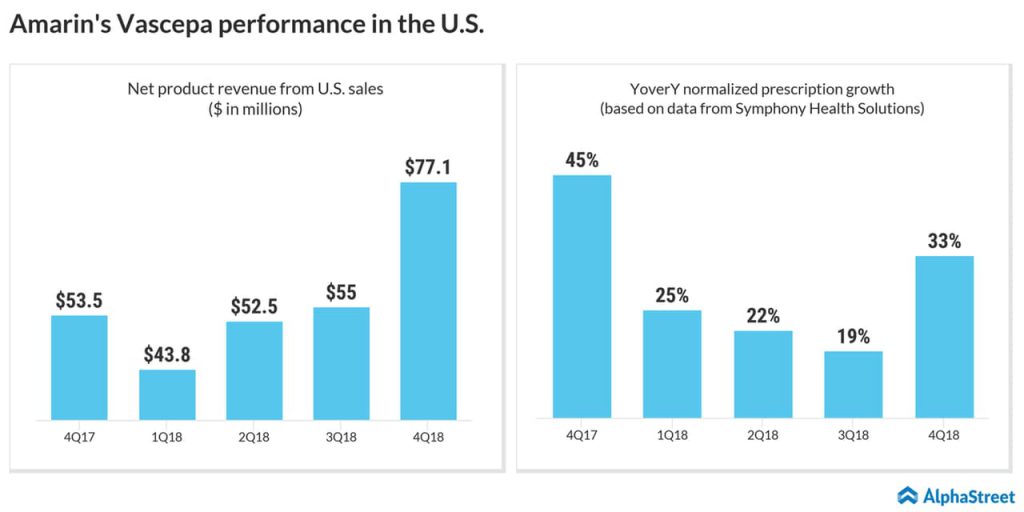 Revenue is expected to jump about 64% to $72.2 million, riding on the strong demand for its Vascepa capsules. Separately, as Amarin expands the sale of Vascepa across international markets, it is set to receive higher commercialization fees from its licensed partners.

Earlier today, the company announced that it has filed a New Drug Submission with Health Canada for Vascepa.

Amarin shares have gained 46% since the beginning of this year, outperforming the industry which has grown just over 2%. Three events had set the stage for the stock rally this year: Rumors that Novartis (NYSE: NVS) was interested in acquiring it; a better-than-expected revenue growth in Q4; and reports that the American Diabetes Association had given a positive note on its Vascepa capsule.