Amazon races ahead of Microsoft in market value

Amazon is now worth more than Microsoft.

The e-commerce giant’s market value rose to about $702.5 billion on Wednesday, ahead of Microsoft whose market cap stands at $699.2 billion. 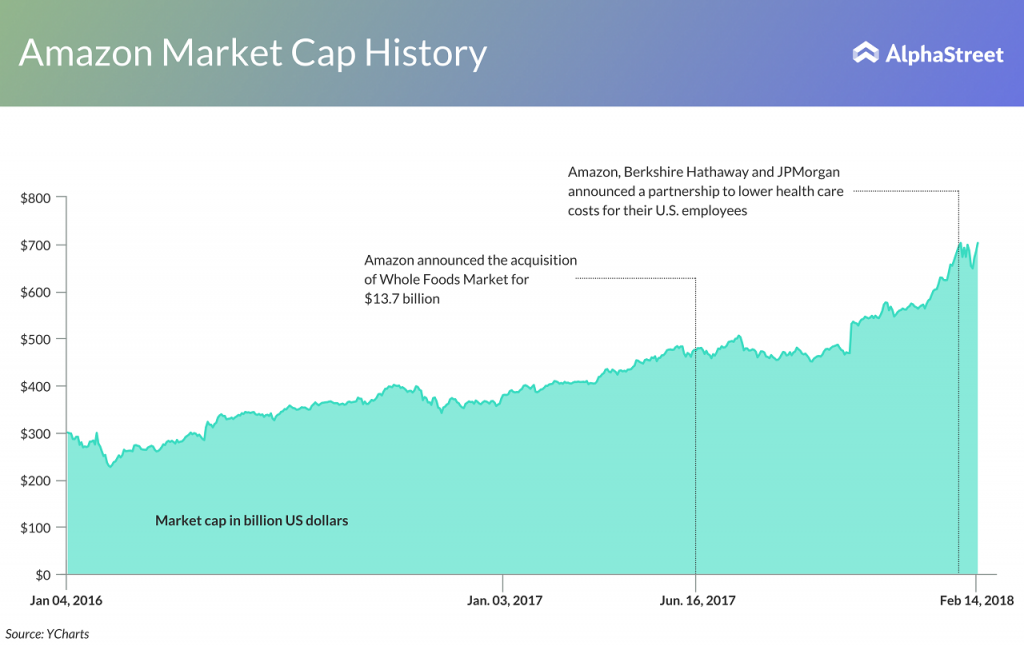 Amazon now stands as the third most valuable company in the world, just behind Apple and Alphabet.

Shares went up 2.6% on Wednesday, pushing Amazon ahead in the race.

Apple is at the top of the list with $849.2 billion while Alphabet ranks second at $744.8 billion. Following Amazon are Microsoft, Tencent, and Facebook. It is worth noting that the top six companies by market value all belong to the technology sector. 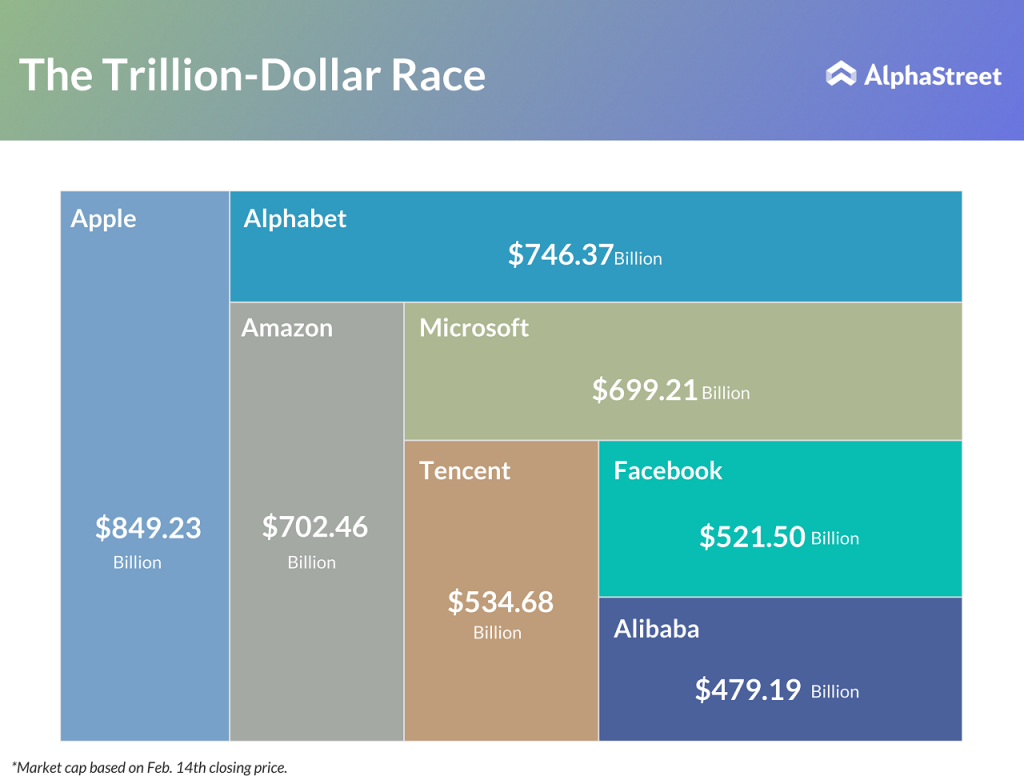 The increasing competition between Amazon and Microsoft in the cloud infrastructure arena is creating a lot of buzz on Wall Street. 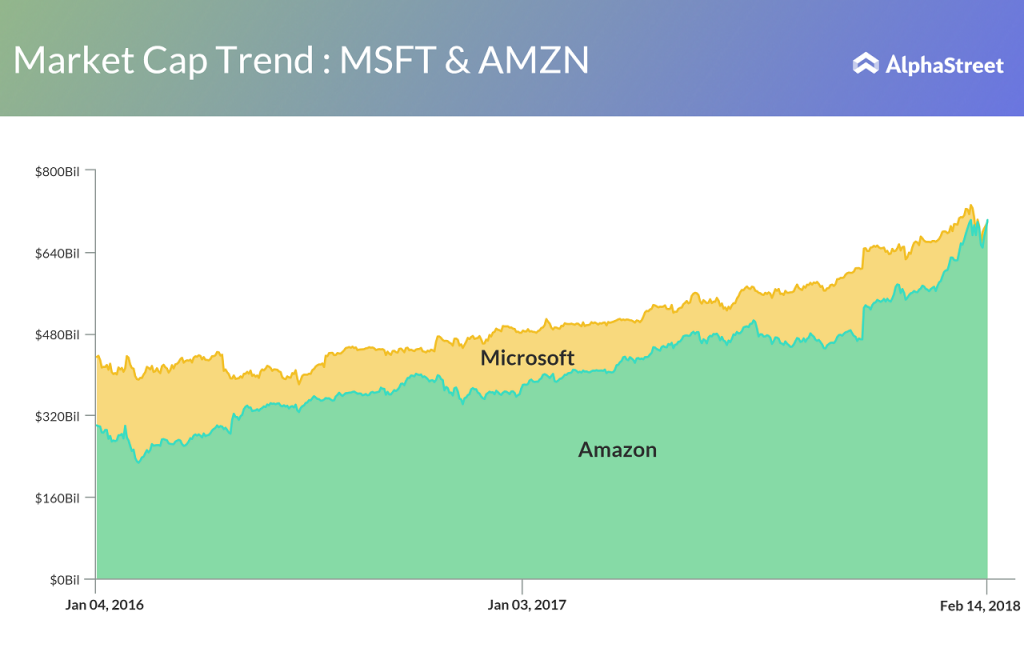