American Eagle Outfitters (AEO) bottom line surpassed analysts estimates for the fourth quarter, while revenue failed to meet the Street’s predictions. Adjusted EPS for the 13-weeks ended February 12, 2019, stood at $0.44 versus the Street’s expectation of $0.42. The specialty retailer posted revenue of $1.24 billion versus the expected $1.27 billion. AEO stock dropped about 5% in the extended hours of trading.

On a GAAP basis, the company reported earnings of $0.43 per share compared to $0.52 in the previous year quarter which had an extra week of sales. Comparable sales for the quarter grew 6%. 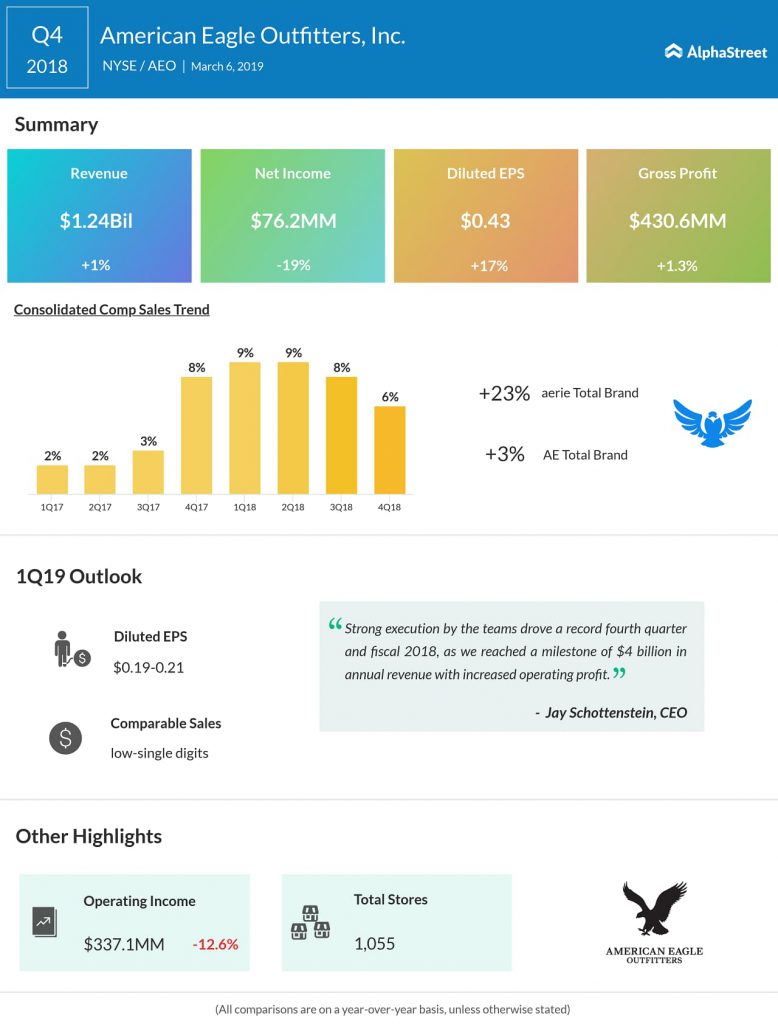 In January, the Pittsburgh-based retailer announced that Q4 comparable sales through January 13, 2019, grew 6%. The company also reiterated its previously issued fourth quarter earnings outlook of $0.40 to $0.42 per share.

For Q1 2019, the company anticipates comparable sales to increase in the low single digits and EPS to be approximately $0.19 to $0.21.

In the third quarter of 2018, American Eagle reported earnings that matched expectations but the retailer missed estimates on revenue and outlook, hurting the stock at the time.