For the first quarter of 2019, American Eagle Outfitters’ (NYSE: AEO) results were benefited by the continued leverage of strong brand equity, compelling product, and leading customer engagement across its American Eagle and Aerie stores and digital. The results exceeded analysts’ expectations. However, the company guided second-quarter earnings below the consensus estimates. 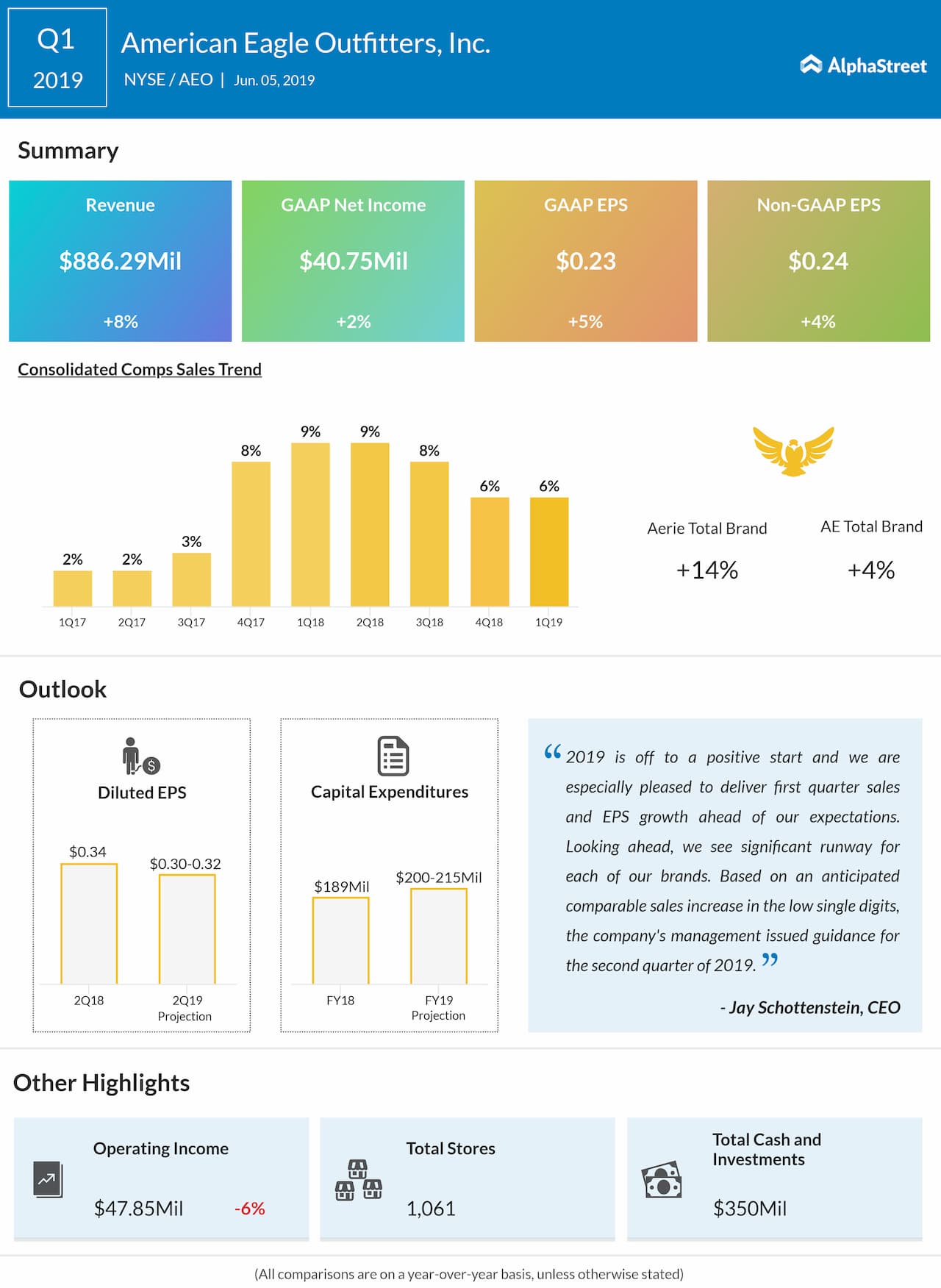 Looking ahead into the second quarter the company expects earnings in the range of about $0.30 to $0.32 per share, based on an anticipated comparable sales increase in the low single digits. This guidance excludes potential asset impairment and restructuring charges. During the previous year quarter, the company reported earnings of $0.34 per share.

For fiscal 2019, the company still predicts capital expenditures to be in the range of $200 million to $215 million, with more than half related to store remodeling projects and new openings, and the balance to support the digital business, omnichannel tools and general corporate maintenance.

For the first quarter, the American Eagle’s ongoing market share gains are led by its dominant jeans business, and Aerie’s consistent double-digit growth has been fueled by the brand’s strong appeal to both existing and new customers. Looking ahead, the company sees a significant runway for each of its brands.

Shares of American Eagle Outfitters ended Tuesday’s regular session up 3.35% at $18.52 on the NYSE. Following the earnings release, the stock inched up over 7% in the premarket session.