American Express (AXP) is expected to reports its first-quarter results on April 18th after the closing bell. The company’s stock has gained 27% since 2017. It also suspended the buyback program for the first half of the year, which irked investors. Here are a few factors to consider for investors in the upcoming earnings of American Express (Amex).

Amex suspended its buyback program for the first half of the year due to a one-time charge incurred in the fourth quarter ($2.6 billion) due to tax reforms. The suspension would help the firm to augment its capital base. The tax-related charges made a dent in the company’s earnings in the fourth quarter, reporting its maiden quarterly loss in 26 years. However, in long-term, tax reforms are going to be beneficial for Amex as it expects the tax rate to be 22% for this year compared to an average of 30% it has been paying over the past two years.

Since the lower tax rates are going to augment its bottom line, investors would be eager to hear from the management about the buyback program. Investors have preferred Amex for its buyback programs. It’s worth noting Warren Buffett’s Berkshire is the most significant shareholder in the payments company. The management earlier has earmarked $4.4 billion for buybacks from the third quarter last year to the second quarter of 2018. 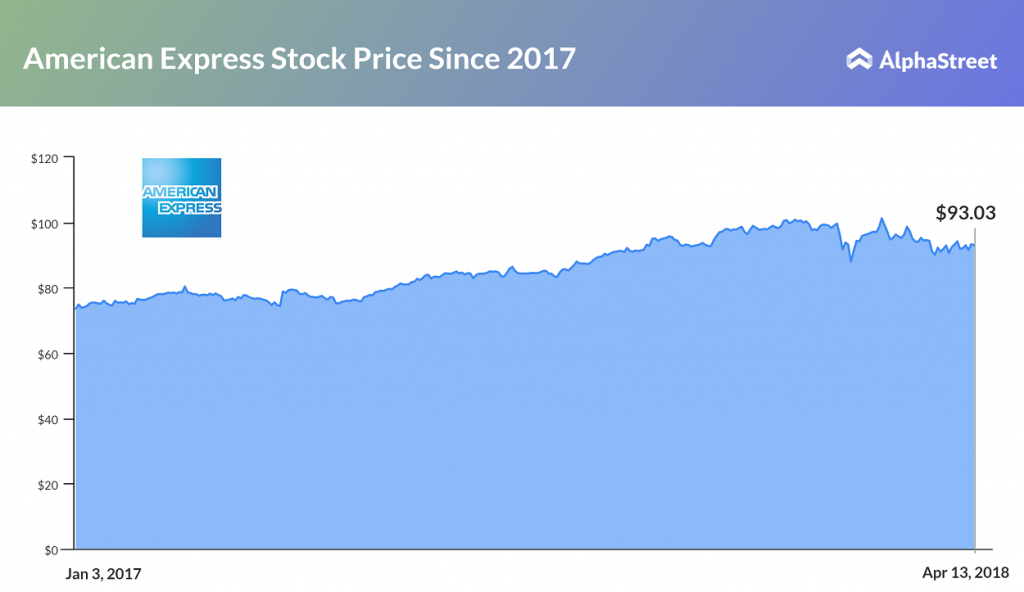 Amex has handled well the loss of Costco partnership recording growth in card members and entering into other partnerships with the likes of Hilton and Marriott. Globally, payments industry is going through a lot of changes both on the regulatory and technology front.

The credit card giant is facing increasing competition from its peers (Mastercard, Visa and the like) especially on the premium members, which is the company’s primary target. Amex has augmented its offerings in the high-end segment with more products and improving its services to retain its leadership in this lucrative segment. Moreover, it has planned to spend $200 million more this year for improving its customer service to tackle competition.

Also, the payment company is facing competition from the likes of e-wallet providers or payment platforms (PayPal, Venmo, Alipay, Square). With changing consumer habits and their spending patterns aided by new technologies, Amex has its task cut out to tackle both the traditional peers and other alternative payment providers.

It’s worth noting that Ken Chenault has retired from the company after having a 17-year stint with the firm. This will be the first quarter where his successor Steve will be reporting the results. Hence, all eyes will be on Steve on Wednesday on how he likes to take forward the firm amidst rising interest rates, increasing competition and brewing trade wars. Investors would be more interested in knowing more details about the buyback program from the new CEO. Stay tuned!