Though Warren Buffett is one of those rare species who “is scared to use” an iPhone, his conviction in Apple (AAPL) has increased manifold in the past few months. The tech-averse CEO surprised the Wall Street by going to the extent of saying that he would love to own all the shares of the iPhone maker. On Friday, Apple shares shot up almost 4% to an all-time high of $185, after a disclosure from Berkshire Hathaway (BRK) revealed that the company bought an extra 75 million shares of the tech giant, worth about $11 billion.

The stock rally also pulled its market cap beyond the $900 billion mark, bringing the company to a stone’s throw distance away from the enigmatic 13-digit figure. Berkshire Hathaway currently holds a total of $42.5 billion worth of Apple shares.

In the past 52-weeks, the stock has grown 20%, which is eye-popping given the size of the company. Year-to-date, the stock has outpaced the S&P 500 and Dow Jones indices, with a growth of 8.6%. So far this year, both S&P 500 and Dow Jones have been relatively flat. Apple would have witnessed further growth this year, had not rumors about weak iPhone X sales in late March and early April weighed on the bullish sentiments. 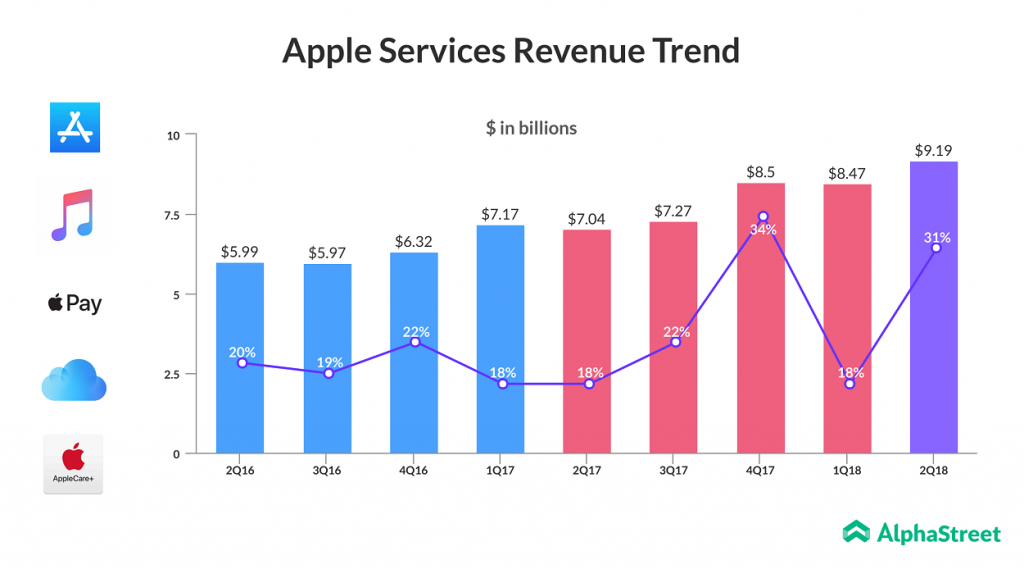 Based on poor guidance provided by Apple suppliers, analysts had predicted that disappointing iPhone X sales in the second quarter would drag stock price immediately after the earnings announcement. However, iPhone sales grew a modest 3% during the quarter. And thanks to high margins maintained by the company, revenue from the sale of smartphones improved 14%. The Cupertino-based tech giant also managed to guide third quarter revenues above street consensus. Contrary to what analysts expected, shares were up almost 5% after the earnings announcement.

This is coupled with an extraordinary performance displayed by the services segment, a unit that shows no signs of slowing down. The business, which churned revenue of $9.2 billion in the second quarter, is projected to report $50 billion annually by 2021.

Meanwhile, Apple Watch posted steady growth over the past few quarters and the iPad is bouncing back after a weak period. All this, as well as the benefits related to the tax reform, make the tech giant’s grounding on the $900+ billion mark less vulnerable than many of its competitors and analysts expected. The fundamentals are strong and investors depend on actual figures rather than optimism, unlike some other firms including Tesla (TSLA) and Advanced Micro Devices (AMD). 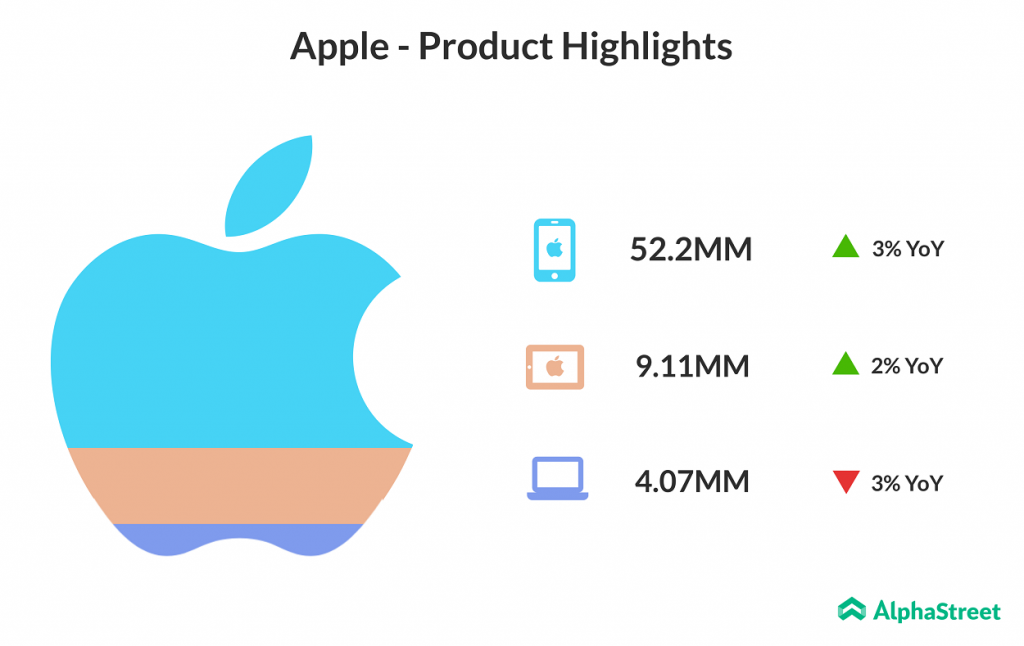 It’s also worth noting the words of Microsoft’s (MSFT) former chief Bill Gates on Warren Buffett’s decision to accumulate more shares of Apple, “I think Warren has applied great thinking there.” He also added, “Apple’s an amazing company. The top tech companies do have a very strong profit position right now but Apple has the most of all.”

Remember the story of the hare and the tortoise? At the end of the day, fundamentals do matter guys!