AT&T buys AppNexus, will compete with Facebook and Google in digital ad space

Only a few days after getting the court’s green signal for the Time Warner deal, AT&T (T) has inked an agreement today to buy ad platform AppNexus. Last week, there were rumors going around that the telecom giant was having discussions on this potential acquisition with AppNexus. In an interview to CNBC last week, CEO Randall Stephenson said that the company is planning to acquire small companies in the digital ad space.

The New York-based internet tech firm will become a unit of AT&T advertising & analytics, one of the four business units of AT&T, which is led by Brian Lesser. Though the transaction value was not officially disclosed, a WSJ report estimates it to be around $1.6 billion. The deal is expected to close in the third quarter of 2018.

Related: Why the DoJ needs to appeal against the AT&T – Time Warner verdict

AppNexus, founded in 2007, had planned to go public last year but later dropped the idea. As per Crunchbase, the company led by Brian O’Kelly has raised $322 million so far through various rounds of funding. Also, AppNexus has acquired four companies in the years 2014 and 2015, including ALENTY, Real Media, MediaGlu and Yieldex. 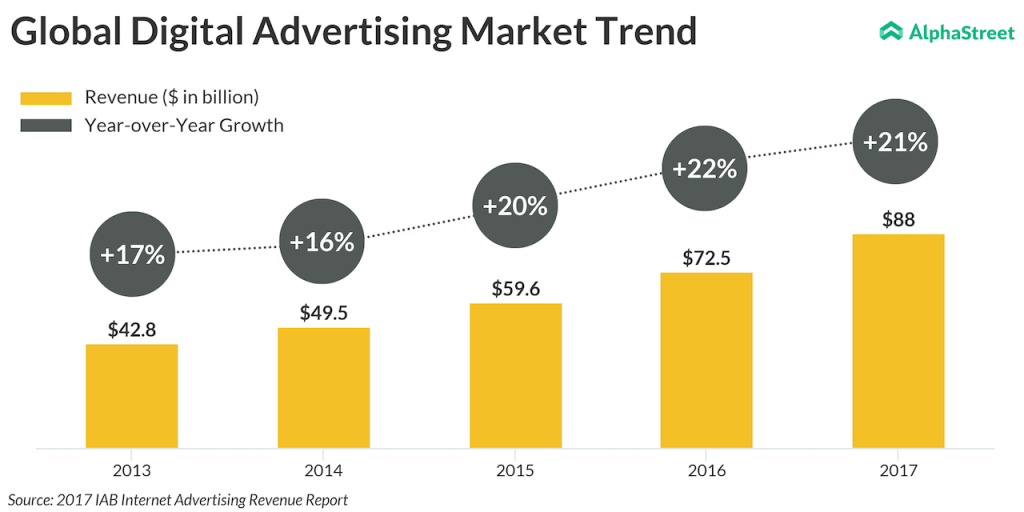 AT&T hopes this move will help them compete with rivals Facebook and Google in the digital ad space and the new platform will expand AT&T advertising and analytics’ footprint to regions like Latin America, Australia, Latin America and Europe. AT&T has over 170 million direct-to-consumer relationships across its wireless, video and broadband businesses.

The shares of the telecommunications company were trading flat before the bell and were up modestly during the morning trading session today.