Auto parts retailer and top industry performer AutoZone (AZO) reported earnings of $366.72 million or $13.42 per share in the third quarter, up from with $331.70 million or $11.44 per share during the prior year period. This topped analyst estimates that expected earnings of $13.01 a share. This increase in earnings was mainly due to the lower effective income tax rate.

This earnings beat led to an increase in the company’s shares (up by at least 2.99%) during the pre-market trading.

Revenues came in at $2.7 billion, up 1.6%, which is in line with analysts’ expectations. Domestic same-store sales rose marginally by 0.6% for the quarter. The decline in sales was mostly due to the unfavorable weather conditions during March and April. 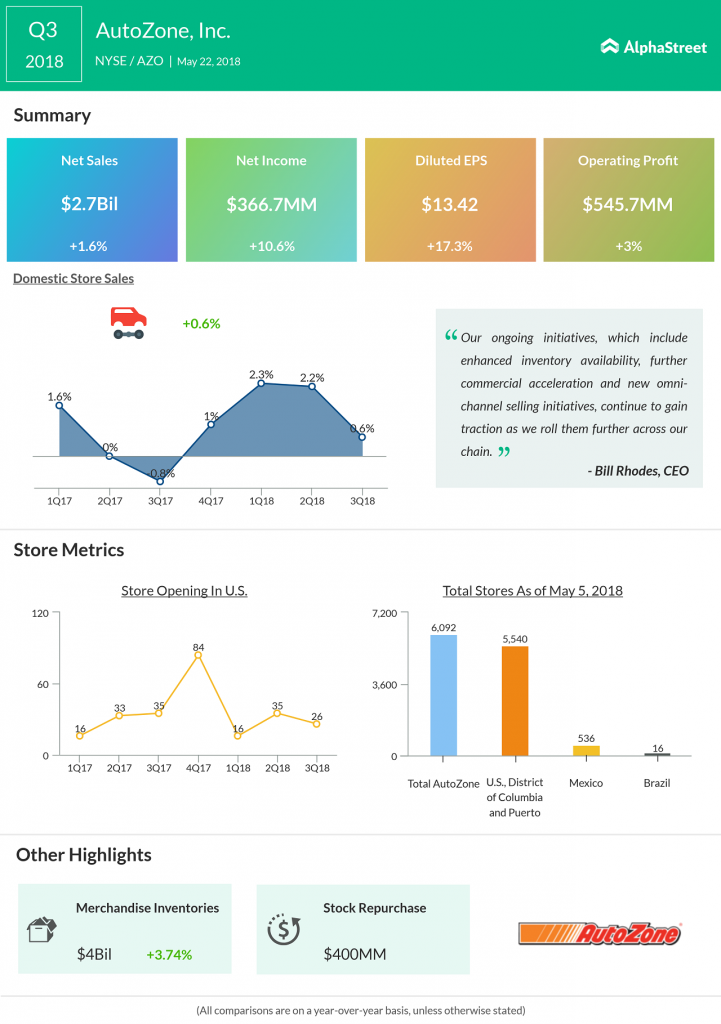 Early this year, AutoZone sold its subsidiary AutoAnything to Kingswood capital. According to analysts, the company sold the unit, an online retailer for auto parts and accessories, as it was too small and was not profitable.

“Our ongoing initiatives, which include enhanced inventory availability, further commercial acceleration, and new omnichannel selling initiatives, continue to gain traction as we roll them further across our chain.  As we continue to invest in our business, we remain committed to our disciplined approach of increasing operating earnings and cash flow, and utilizing our balance sheet and capital effectively,” said Bill Rhodes, CEO.