JPMorgan Chase & Co (JPM) on Friday posted an upbeat profit on revenue in line with analyst consensus. However, this financial mammoth that has seen many big moves right after announcing results, couldn’t impress its stockholders as even an 18% jump in profits seem not to send shares on a bull run as expected. It was also the same day Citi posted results. And this trend continued there as well.

This year, JPMorgan saw its record high at $119.33 a share. On Friday, the stock closed at $106.36, 0.45% lower than Thursday’s close. While JPM hit as high as $107.8 during trading hours, it couldn’t keep the momentum going. While the quarterly profit of $2.29 a share clearly beat the Street consensus of $2.23 per share, it fell short of the unofficial expectation of $2.32 per share. This could have been one of the reasons for the dismal display of the stock on earnings day. 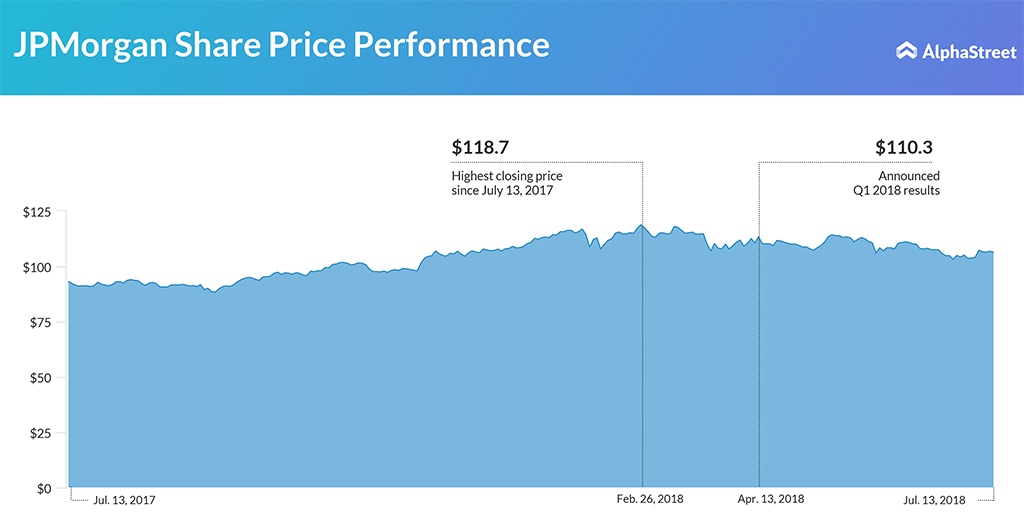 Most analysts were expecting a favorable reaction to JPM earnings, with big banks riding on the wave of dividend hikes and share buybacks. The global giant JPMorgan is also often touted as an indicator of the financial state of the world, especially in the time of a looming trade stand-off between China, Europe, and the US.

The company distributed $6.6 billion to stakeholders during the second quarter. Last month, JPMorgan received approval to increase its dividend to $0.80 per share from the third quarter of 2018. The company also authorized an equity repurchase program valued at $20.7 billion.

Citi is not sitting easy

Citi shares lost nearly 2% in early trading on Friday following the announcement of quarterly earnings, after closing Thursday’s trading session slightly higher. The stock, which hit as high as $68.3 Friday, has already lost more than 7% since the beginning of the year.

The stock slipped at least 2.2% from Thursday’s close of 68.51, as it closed even lower at $67 on Friday. This was after posting a 15% jump in net income of $4.5 billion during the three-month period, well above analyst estimates. However, it was revenue that did it in for Citi. Robust growth in consumer banking couldn’t stop a stock sell-off, as revenue missed estimates with a muted growth rate restricting it to $18.47 billion.

Banking shares have underperformed this year (KBW Nasdaq Bank Index slipped 0.1% this year) when compared to the S&P 500 index (up 4% this year.) However, the consensus is that they will recover by the second half of 2018.

With the recent round of stress tests by the Federal Reserve, more banks are optimistic as they look to ramp up dividends, sending shares higher. With the Fed Reserve now letting banks return more value to investors, these banks look to raise dividends by at least 25% on an average (JPM raised dividend to $0.80 recently.)

Apart from JPM, other notable banking shares that were expected to climb due to this prospective move are KeyCorp (KEY), Wells Fargo (WFC), Huntington (HBAN), BB&T (BBT), Fifth Third Bancorp (FITB), Regions Financial (RF), SunTrust (STI) and US Bancorp (USB). The Street expects at least a 3% dividend yield from these firms. However, if Friday’s trend is to be considered, it is in shaky territory.

With an impending trade stand-off between the US and China, and rising volatility in global markets, JPMorgan and Citi seem to need a miracle now to impress shareholders. The Federal Reserve seems to have lent its hand to help the US banking sector, but it seems that the effects of these would also reflect in the second half of the year.

Here are the highlights of results for Citigroup and JPMorgan (CLICK TO ENLARGE): 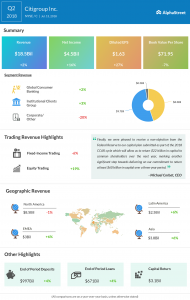 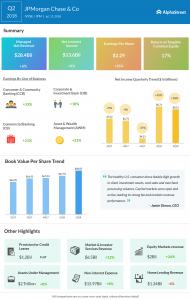