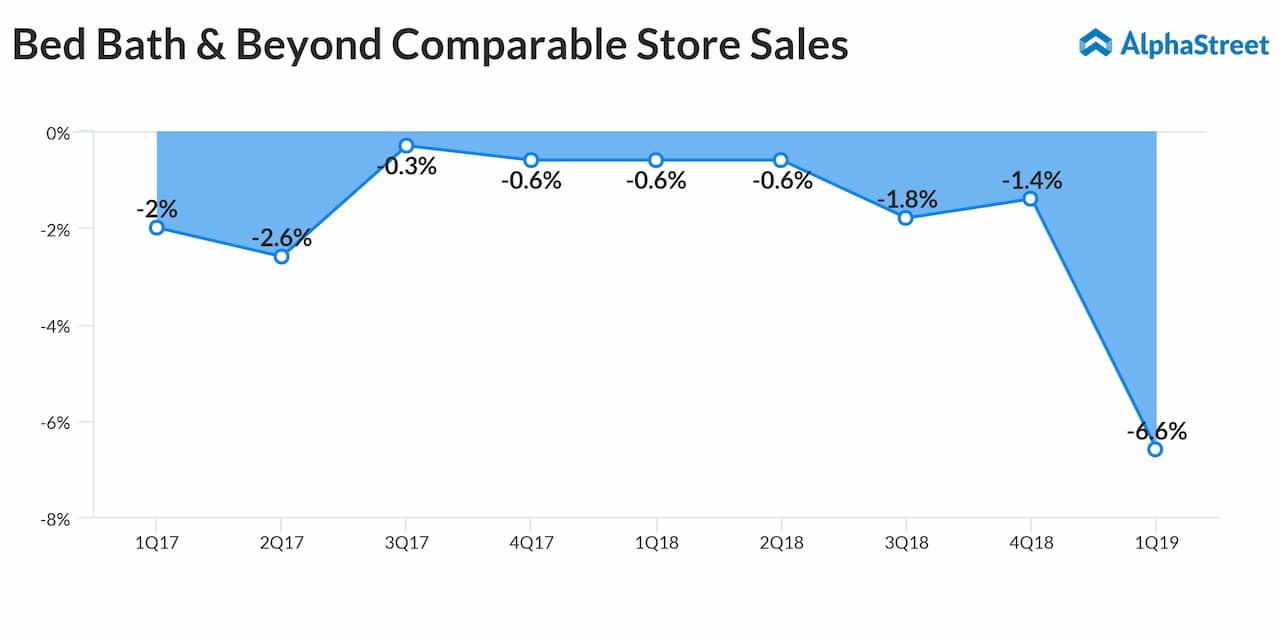 Net sales declined by 6.6% to $2.6 billion, reflecting the continuing weakness in comparable store sales, which decreased 7% from last year.

Mary Winston, the interim CEO, said, “We have set four key near-term priorities that include stabilizing and driving top-line growth; resetting the cost structure; reviewing and optimizing the Company’s asset base, including our portfolio of retail banners; and refining our organization structure.”

For fiscal 2019, the company currently expects net sales in the range of $11.4 billion to $11.7 billion and earnings between $2.11 per share and $2.20 per share, excluding goodwill and other impairments, severance and shareholder activity costs. The revised outlook is at the lower end of the previously provided range.

During the quarter, the company repurchased around $81.5 million of its stock, representing nearly 5.3 million shares. Earlier this month, the board of directors declared a quarterly dividend of $0.17 per share. The dividend will be paid on October 15, 2019, to shareholders of record on September 13, 2019.

Also see: Bed Bath & Beyond slips to loss in Q4 but beats estimates

The management has long been under fire from activist investors for its failure to bring in innovation and stay competitive in the market. The standoff, combined with negative rating actions by leading brokerages, has dampened investor sentiment.

Though shares of the company have recovered from the multi-year lows seen towards the end of last year, they pared a part of the gains in recent months. The stock closed Wednesday’s trading higher and gained further during the extended session.