BlackRock earnings fall short of estimates in the fourth quarter

Analysts had expected $6.35 per share earnings on revenue of $3.61 billion. Both top line and bottom line failed to beat the consensus.

Assets Under Management (AUM) for BlackRock slipped 5% in the quarter, while operating income slumped 16% to $1.25 billion.

BlackRock announced that its board approved a 5% rise in the quarterly cash dividend to $3.30 per share, payable March 21, 2019, to shareholders of record at the close of business on March 6, 2019. 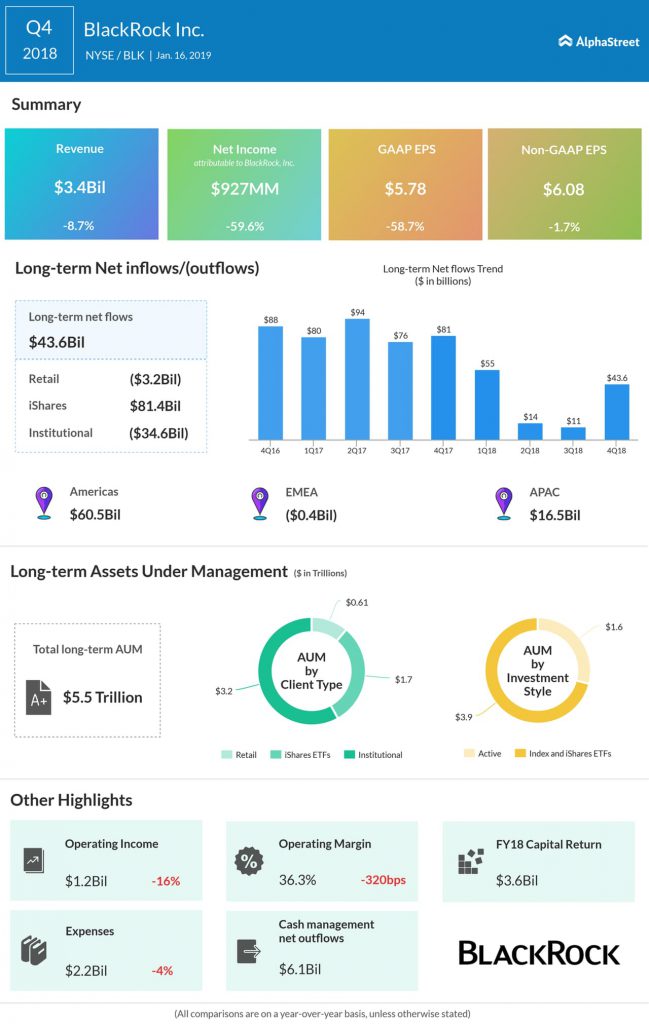 BlackRock reported that its advisory, administration fees and securities lending revenue fell $118million in the fourth quarter from a year ago. This trend continued from the third quarter when it lost $104 million.

BlackRock has failed to capitalize on the positive organic growth and AUM acquired from its TCP and Citibanamex transactions. This looks like the impact of lower markets, pricing changes to select investment products and lower borrowing demand for securities lending in the current environment.