Shares of Netflix (NFLX) fell sharply on Monday after the streaming giant reported lower than expected subscriber growth for the second quarter. Meanwhile, revenues and earnings increased, helped mainly by the company’s aggressive expansion initiatives outside the US. The results came in above analysts’ forecast. 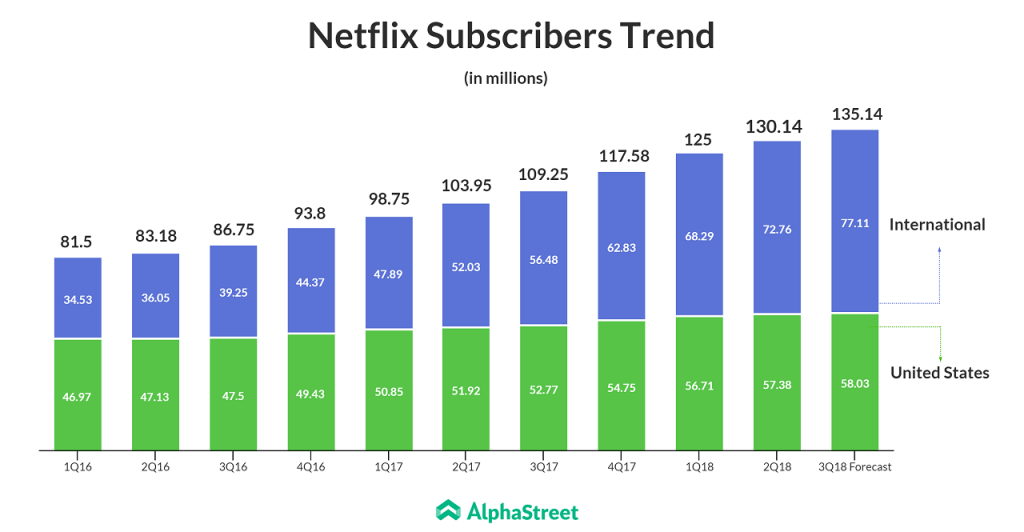 Infographic: The rise of Netflix

After investing several billions of dollars in content acquisition, the company is enjoying a robust customer base that spreads across all regions. So far, the market has been bullish about the rapid subscription growth, which almost eclipsed the concerns about Netflix’s mounting debt.

Netflix continues to expand in the overseas market, building on original content and regional partnerships. In the last quarter, more than 90% of the subscriber additions came from the international market.

Earlier today, Buckingham Research Group downgraded Netflix’s stock to underperform from neutral in an unexpected move, cautioning investors that the company would face stiff competition in the overseas market.

Netflix shares hit an all-time high earlier this month after setting new records consistently over the years. The stock closed Monday’s regular session up 1.18%, but lost more than 13% during the extended session following the earnings report.