Today, shares of medical equipment maker Boston Scientific’s (BSX) soared to a new 52-week high ($37.30) on acquisition speculation. Rumor mills were going around that Stryker Corp (SYK) has proposed a deal to acquire Boston Scientific. Both the companies have not commented on this M&A deal, but WSJ had reported that Boston Scientific had received a buyout offer from Stryker.

Trading of the Marlborough, Massachusetts-based company stock got halted for a while in the morning because of the extreme volatility. On the other hand, Stryker’s shares which opened up in green reached the day’s low ($169.74) at around 10:30 AM ET and recovered modestly after that. It’s worth noting that Stryker reached its 52-week high price of $179.84 last Thursday.

The Kalamazoo, Michigan-based medical tech company has been on an acquisition spree recently. Stryker completed the acquisition of Entellus in February 2018, which it announced in December 2017. Last year, the company acquired France-based medical device firm VEXIM. It also bought Canada-based medical imaging and therapeutic devices maker NOVADAQ Technologies in a $701 million deal in 2017. 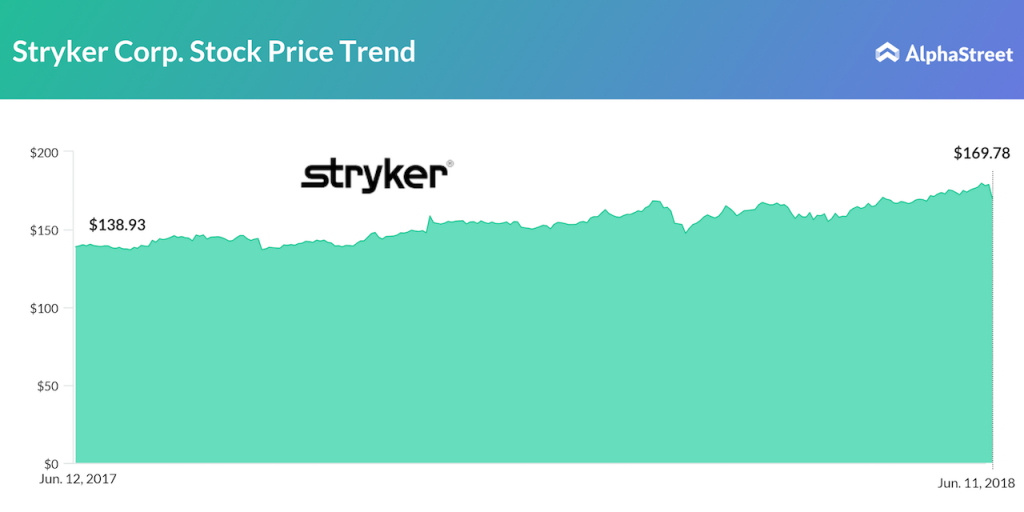 In April, Boston Scientific reported upbeat results for its first quarter which exceeded analysts’ estimates. The company made three critical acquisitions in the first three months of this year; Securus Medical, NxThera, and nVision Medical. Meanwhile, Stryker reported a solid first quarter, backed by strong performance in all segments. The company also provided an encouraging outlook for its second quarter. 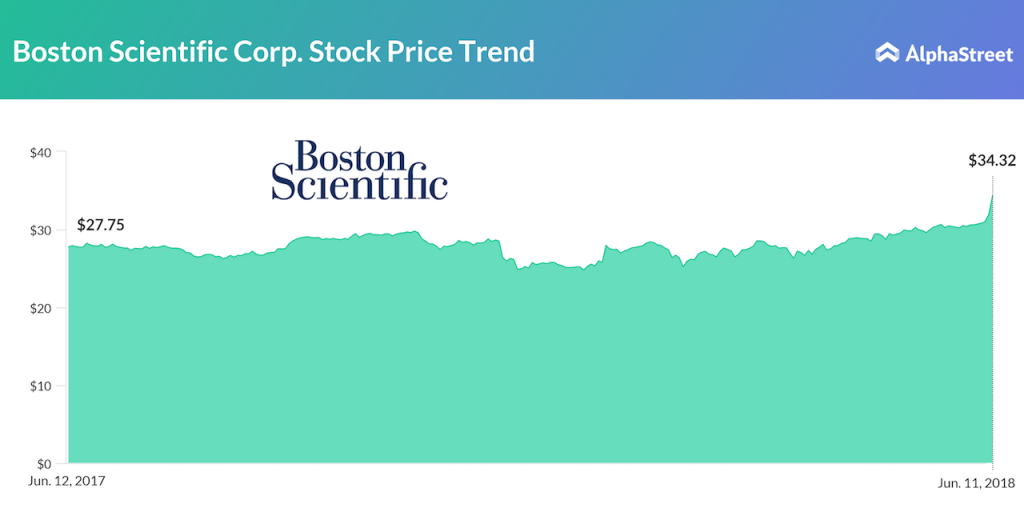 If this deal gets inked, it will create a combined company that will be one of the biggest medtech company in the US and will help Stryker to have a strong footprint in the area of cardiac medical devices apart from its existing line of products in orthopedics and neurology. In the first half of the trading session, shares of Boston Scientific soared 9.5%, and Stryker dropped 3.5%.