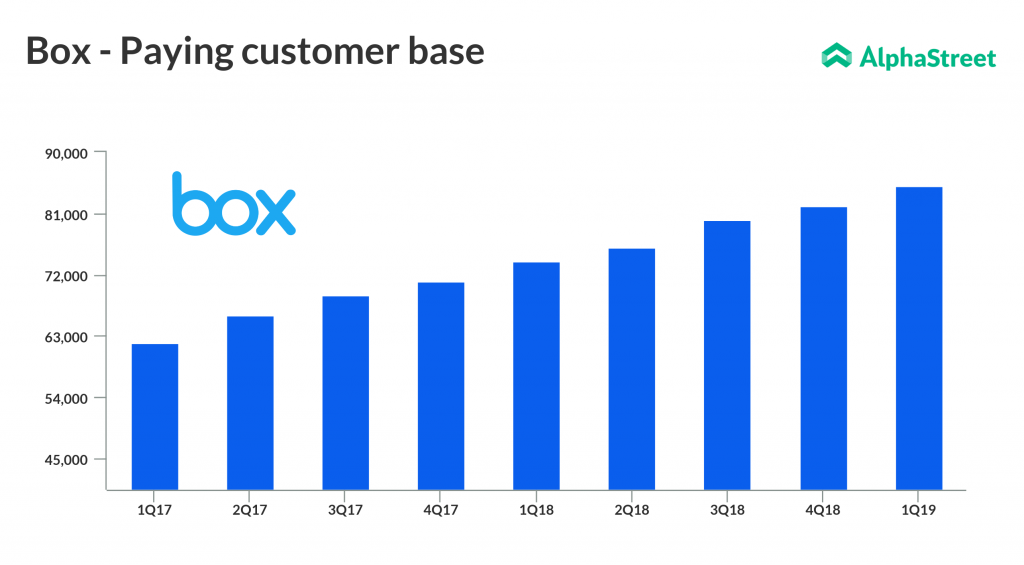 First-quarter revenues climbed 20% year-on-year to $140.5 million exceeding estimates. At $116.7 million, total billing revenue was higher by 17% compared to last year. During the quarter, the number of paying customers rose by 3,000 to about 85,000.

“In the first quarter, we drove strong attach rates for new products, expanded our international customer base and delivered product innovation and security for some of the largest and most regulated enterprises in the world,” said Box CEO Aaron Levie.

Since going public in 2015, Box’s revenues grew at a compound annual rate of 32%, all along benefitting from its partnerships with major tech firms including Microsoft (MSFT), IBM (IBM) and Alphabet (GOOGL).

Shares of Box closed Wednesday’s regular trading session up 2%, but lost nearly 4% in the afterhours following the earnings announcement.