BREAKING: Twitter stocks are tanking today. Here is why

Twitter (TWTR) is likely heading towards its worst single-day decline, losing as much as 8.4% of its value in the morning trade today. The decline is apparently spurred by a report on Friday by Washington Post that the social media giant is suspending over a million fake accounts every day.

The company also told Post that its current purge rate is double of what it had in October last year. While the move will help reduce the number of junk bots on Twitter, Post hinted that it could weigh down on the company’s user growth.

Going by its current rate, Twitter removed as many as 70 million accounts in the months of May and June. The San Francisco-based tech giant has set up an automated system through which, suspicious accounts are challenged, or given tasks such as to update phone numbers.

The company is expected to report its user base later this month along with the quarterly earnings results. As user numbers are widely used to assess a social media company’s health, the massive suspensions are leading to a backlash in the stock market.

Meanwhile, the move is expected to improve user experience in the long-term. Advertisers will also benefit from this filtration as junk bots don’t generate engagements or clicks. It may be noted that 85% of Twitter’s revenue comes from ads.

There has been a surge in fake accounts on Twitter after the social media giant banned crytptocurrency advertisements. There have reportedly been numerous scams, besides attempts to publicize digital money through fake accounts. 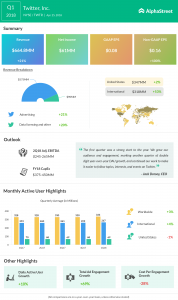