The credit for the most disruptive business model of the century arguably belongs to Netflix (NFLX), at least in the media industry. The company not only changed the rules of the industry but also rose to a position where it could craft the rules. Even the industry mammoths were left scrambling for strategies and acquisitions to stay relevant in the new landscape. The revolution is so strong that even Disney (DIS) is feeling the heat.

In his 13 years at the helm of Disney, Bob Iger has managed to take the media company to unprecedented heights – including the production of three consecutive billion-dollar hits Avengers: Infinity War, Black Panther, and Star Wars: The Last Jedi. However, it would be foolish to ignore the rising prominence of the Netflix model. A young Netflix stock briefly overtaking Disney in May, despite the former not making enough money, substantiates investor confidence in it.

And in the post-earnings conference call on Tuesday, Iger laid out his plans to launch an assault on the direct-to-consumer video streaming sector by 2019, with the launch of what we love to call Disneyflix.

During the earnings call, Iger stressed that Disney is not looking at directly competing with Netflix, rather it would focus on providing quality content, by making good use of its existing titles and franchises. However, at some point of time, in order to keep building a subscriber base, Disney will be forced to compete with Netflix, a company that has tremendous headstart in terms of market research and content volumes.

Disney’s sole experience in the streaming segment comes from ESPN and ESPN plus apps, which are relatively popular on the App Store. But streaming of sports and entertainment are altogether different realms. The ‘quality-only’ formula is not foolproof, given Netflix content follows quite high standards.

What could turn the tide in favor of Disney here is the pending acquisition of Twenty-First Century Fox’s (FOXA) assets, which includes a gem called Hulu. Hulu has a customer base of 20 million and counting, besides plans starting as low of $8 a month.

A popular content streaming channel complemented by an array of well-received titles should boost the confidence of Disney and its shareholders. But the questions is, is it adequate to take on a pioneer like Netflix? It’s a tricky prospect definitely, though not entirely unattainable.

What could turn the tide in favor of Disney here is the pending acquisition of Twenty-First Century Fox’s assets, which includes a gem called Hulu.

The sole obstacle that now lies ahead of the merger between Disney and Fox is overseas regulatory approval. Once that hurdle is cleared, Disney can go ahead with its plans of entering the entertainment streaming space.

On Tuesday, Disney’s shares fell 2% after the company reported a drop in cable networks revenue. However, the stock regained as Iger elaborated on his direct-to-consumer plans during the conference call. At the end of the day, it seems investors are confident in Disney’s plans, given the CEO’s solid track record. 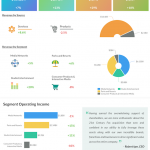