The company, which recently completed the sale of a solar energy project in Brazil, reported earnings of $0.72 per share, easily surpassing analysts’ estimate of $0.47 per share. The total revenue during the quarter more than doubled to $1.42 billion, above the street consensus of about $1.33 billion. Solar module shipments in the first quarter of 2018 were 1,374 megawatts (MW). 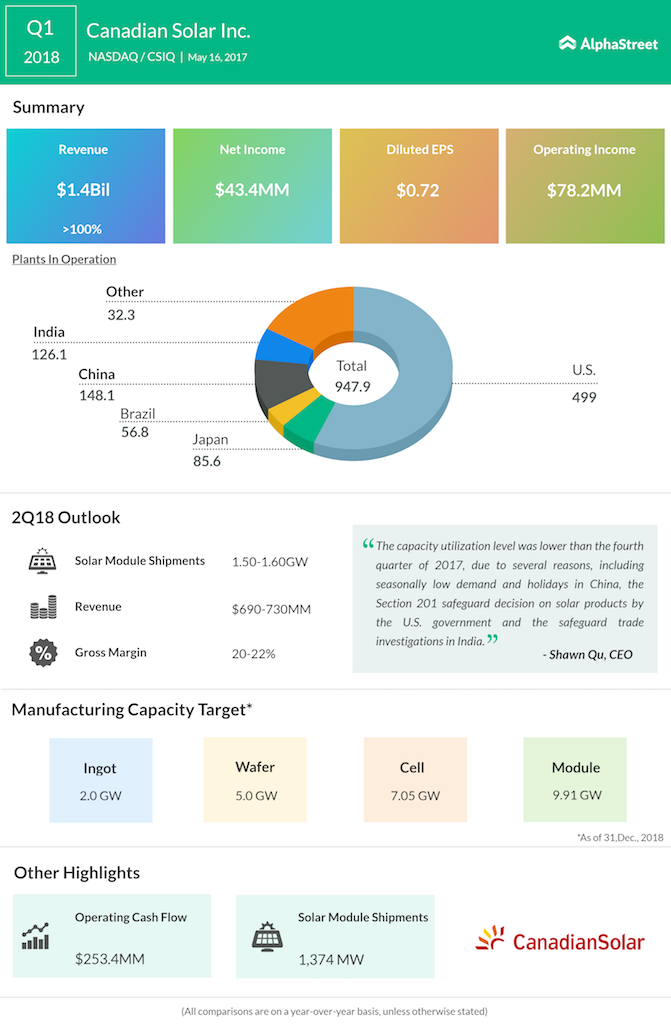 On May 14, Canadian Solar acquired the rights to an 8MW greenfield development project portfolio in South Korea.

Dr. Shawn Qu, Chairman and CEO said, “We expect a shift in global demand to developing markets to offset China, India and the US. We also expect demand in other markets to improve, including Europe, Africa, Argentina and Mexico. These trends align themselves with the company’s global footprint and should serve as a catalyst for continued growth.”