The growing demand for Nike’s (NKE) sneakers and sports equipment in the international market more than offset the softness in North America, resulting in better than expected revenues in the third quarter. The positive results triggered a stock rally in the after-hours, and the uptrend continued in early trading on Friday. 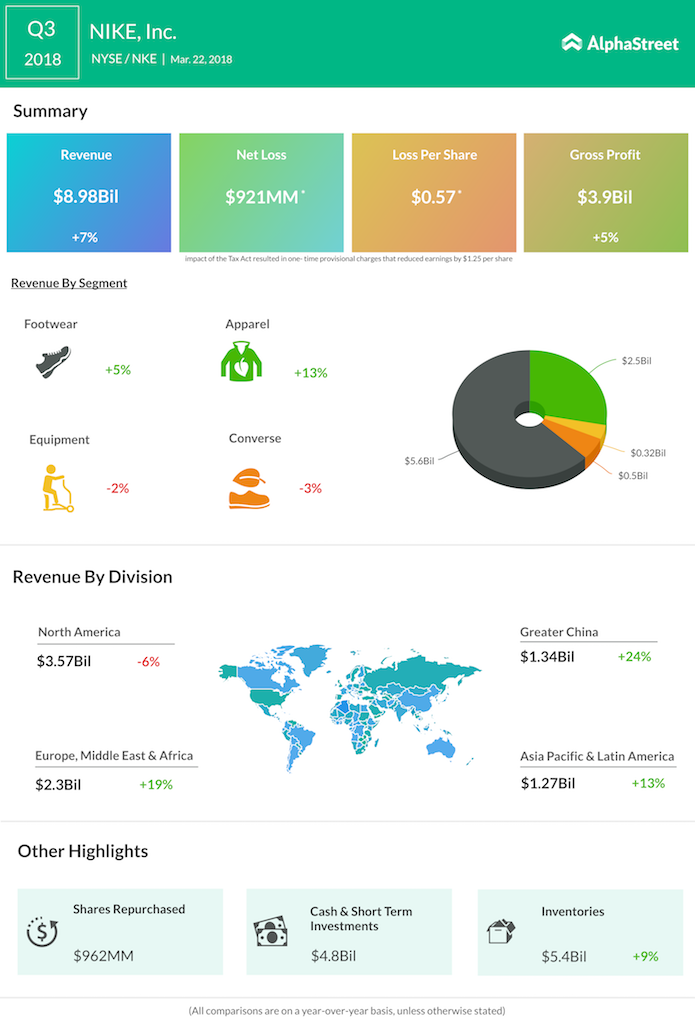 While exuding confidence that sales in North America would return to growth in the first half of 2018, overriding the persistent pressure from competitors, Nike said it expects the trade tariff would impact its business in China in the coming quarters.

The sportswear maker expects new product launches and operational innovations, combined with the revival in order growth, to catalyze the turnaround. The company also stands to benefit from its e-commerce initiatives and the acquisition of data analytics company Zodiac.

During the third quarter, margins in North America remained under pressure from muted demand, owing mainly to the growing market share of German sportswear company Adidas and Nike’s US peer Under Armour (UAA). 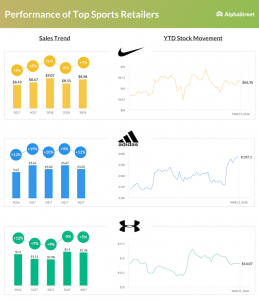 Meanwhile, a one-time charge related to the federal tax reform dragged the bottom-line to negative territory for the first time in the last 20 years, resulting in a net loss of $0.57 per share compared to a $0.68 per share profit last year. Excluding the impact of the tax charge, the company posted earnings of $0.68 per share, which came in above estimates.