Coca-Cola Earnings Preview: Will Coke get its fizz back?

Coca-Cola (KO) is expected to report its first-quarter results on April 24th before the bell. The beverage giant has its task cut out this year to tackle dwindling sales and changing consumer behavior. With carbonated soft drinks sales falling in the US, it would be interesting to see how the world’s largest beverage company is going to fix the slump in its sales. Let’s take a look at few factors to look at in the upcoming earnings.

Globally, Coca-Cola garners $1 for every $4 spent by us in the non-alcoholic ready-to-drink category, clearly showing the mettle of its brands. It’s worth noting the company has 21 brands which are raking in billion dollars to its top line. Prima facie, these stats look impressive. But things are going to be tough for the company as consumers are getting more concerned about their health along with a penchant for new flavors.

To put things in perspective, carbonated soft drinks (CSD) sales have been falling steadily since 2004. According to Beverage Digest, in the US, bottled water became the largest beverage category in 2016, outpacing soda sales. The impact is already noticeable in the beverage giant’s sales, which has been declining for the past few years. Since 2012, unit case volume growth has been declining, which is a concern for the company. 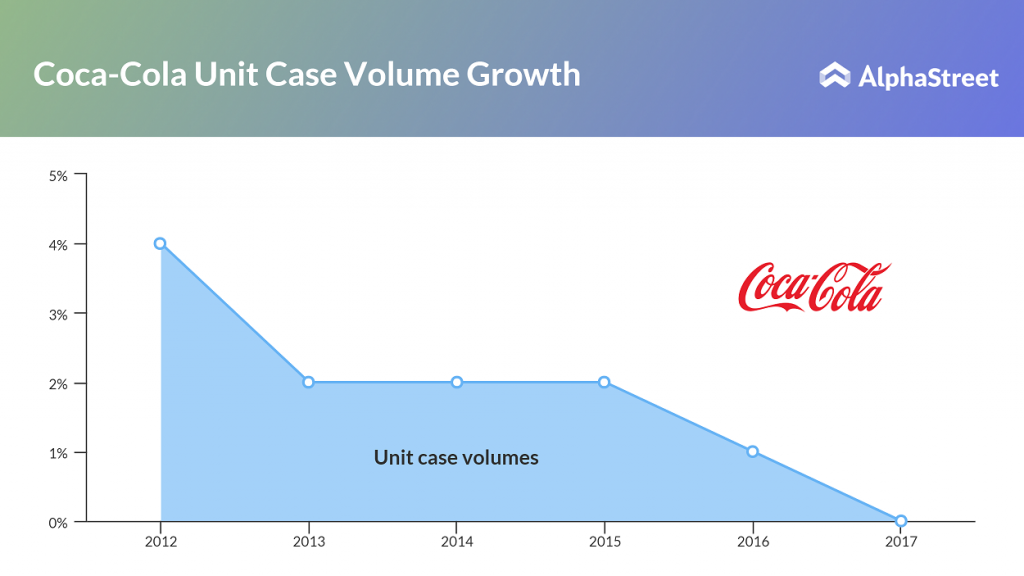 Last Month, Coca-Cola dabbled in the alcoholic beverage market for the first time in its history. It launched a canned drink called Chu-Hi with low alcohol content exclusively in Japan. The company is testing the waters with this launch and based on the response we can expect similar launches in other parts of the world.

Getting the fizz back

The world’s largest beverage company is aware of the changing consumer landscape. To bring back the mojo, the company is tweaking its portfolio by making changes or launching new products attuned to the likes of consumers. Last year, the newly launched Coke Zero Sugar saw good response from consumers.

Last quarter, the company’s water and sports drinks category performed better compared to CSD, which saw flat sales. In January, it launched four new flavors of Diet Coke targeting the millennials. It would be interesting to see how the new launches have performed in the first quarter.

Coca-Cola is revamping its energy drinks, sparkling waters, tea, and juices, which are witnessing high-growth due to the changing consumer preferences towards healthier options. One needs to see how the numbers stack up in 2018. 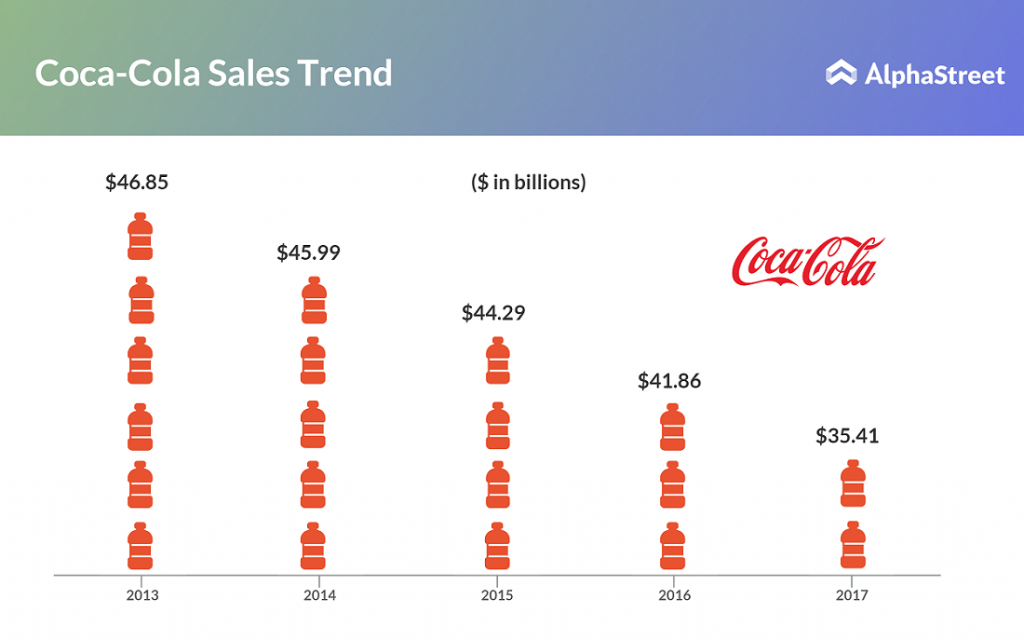 Coca-Cola is trying to revive its fortunes by trimming down expenses. Last year, the company successfully completed the refranchising of its bottling operations in the US. As a result, one might see its sales getting impacted, but would augur well for the beverage giant long term. It expects to complete the entire refranchising operation in North America in the first six months of 2018. This move will help Coca-Cola to bid adieu to the low-margin and capital-intensive distribution operation.

The ongoing initiatives are expected to improve sales and profit margins in 2018. Let’s wait and watch until next week to see how CEO James Quincey and his team are going to respond to the challenges faced by the company. Stay tuned!