Consumer products company Colgate-Palmolive Co. (CL) witnessed a 3% decline in its shares during the premarket trading, after the company reported a quarterly sales that trailed analysts’ expectations, primarily due to lower demand for its products in its key market — Latin America — as well as other emerging markets. Profit, however, beat analysts’ consensus.

Colgate, which ]makes products ranging from toothpaste to pet food, reported profit margins of 60.2% when compared to 60.3% during first quarter of 2017.

On the other hand, North America, which makes up for 21% of the company’s total sales, performed well during the quarter. It reported a 9% growth in sales, while organic sales jumped 5%.

Similar to other consumer product company, even Colgate struggles with sluggish growth in key markets due to a shift in consumers taste. According to analysts, Colgate is losing the battle to more health conscious and eco-friendly companies. 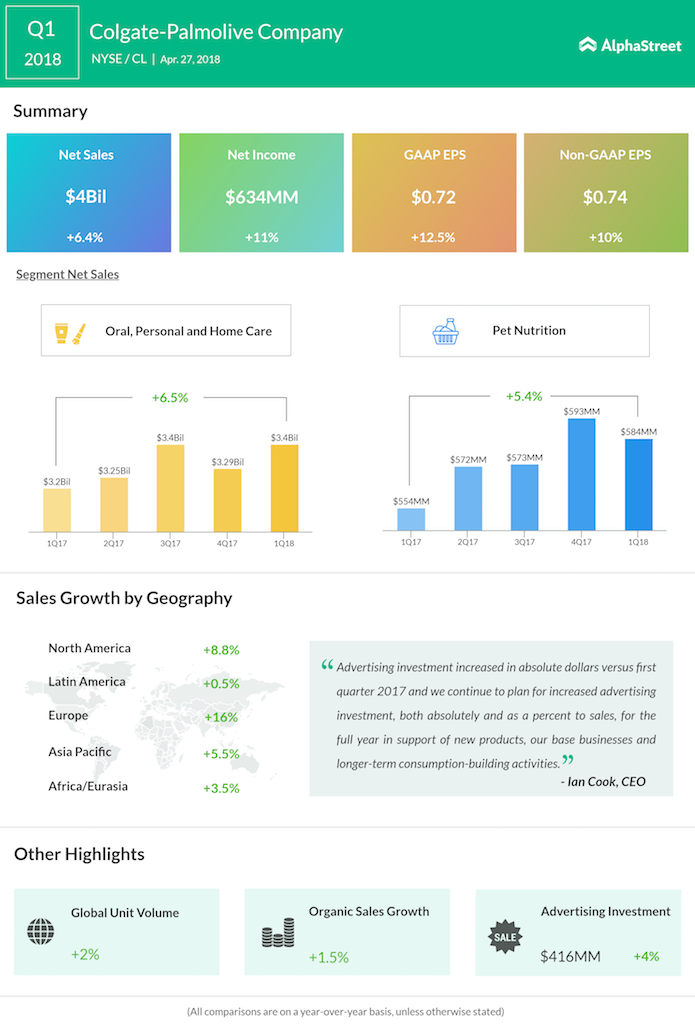