Costco Wholesale Corporation (COST) is expected to post its first-quarter results on Thursday, December 13, after the market closes. Analysts expect earnings of $1.61 per share on revenue of $34.53 billion.

Posting stellar comp sales growth in November, it would be realistic to expect results to exceed expectations. However, there is a chance the top line might fall short. November comp sales rose 9.2% while it grew 8.6% in October, and 8.4% in September. 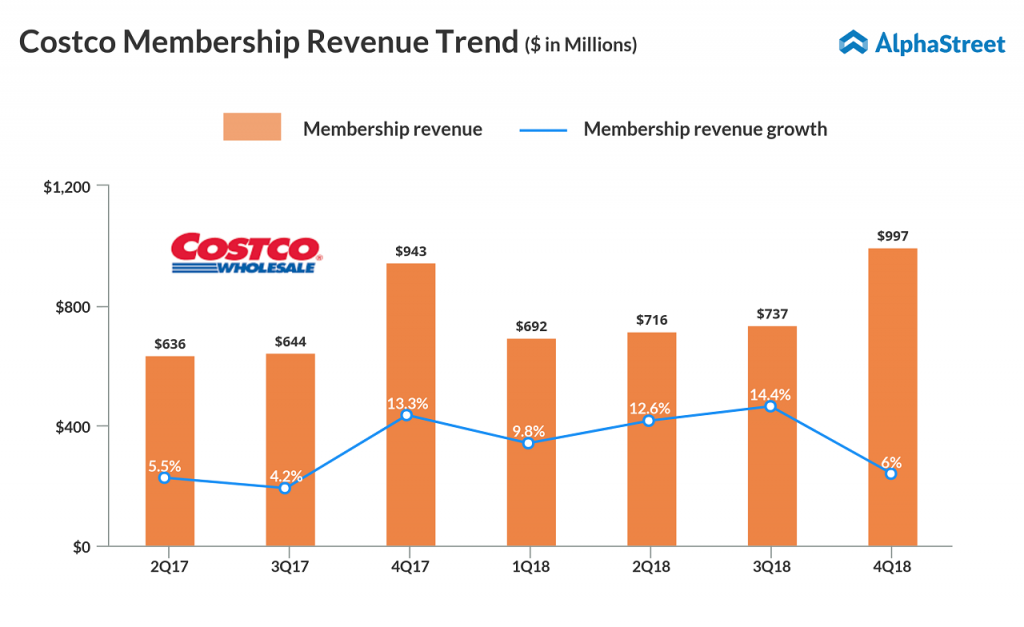 From the data the retailer has reported so far in its monthly reports, net sales for the first quarter of fiscal 2019 is up 10.3% to $34.31 billion, on a comp sales growth of 8.8%. For the same period, United States comp sales grew 11%, while Comps for the quarter grew 8.8%, while the same for Canada and Other International locations rose 2.4% and 4% respectively.

Costco, as a major international player, is also focusing on e-commerce in the United States, Canada and Mexico, along with Korea, Taiwan and the UK.

In the previously reported quarter, higher sales—both in stores and online—pushed up Costco’s earnings in line with Wall Street estimates. But when the company said it detected a ‘material weakness’ in its internal control over financial reporting, it triggered a stock selloff after-market on the reporting day. 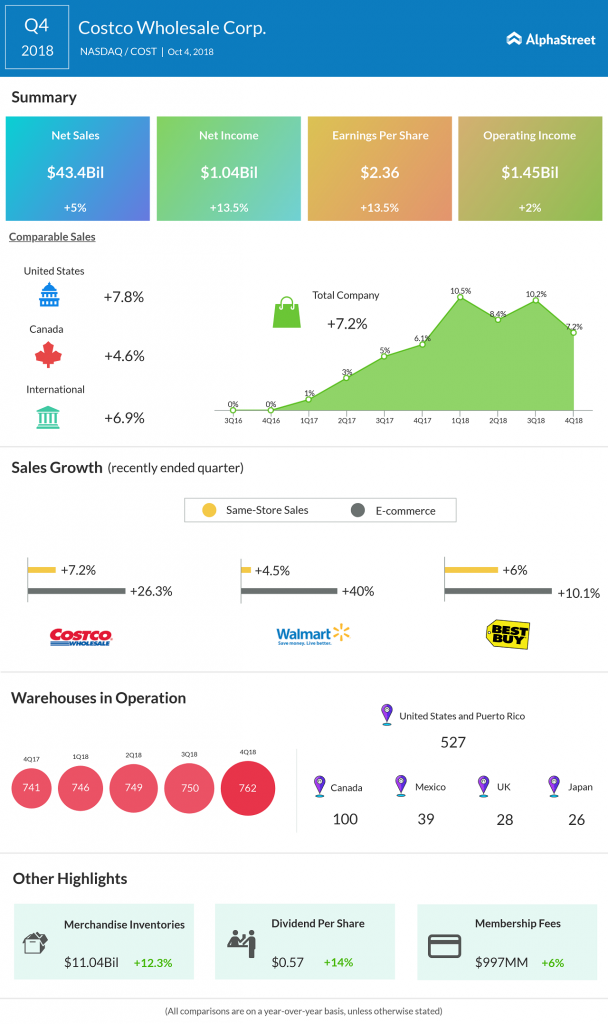 Costco’s growth strategies and quality of the merchandise have been its primary strength over the years. In the recent quarters, positive consumer sentiment and heavy discounts helped the company maintain its distinctive position in the highly competitive market.