Net income rose by 5% to $1.1 billion or $2.47 per share. The latest quarter was negatively impacted by a reserve to selling, general & administrative expenses related to a product tax assessment of $96 million after-tax, or 22 cents per share.

Net sales grew by 7% to $46.45 billion driven by a 5.1% increase in comparable-store sales. It’s worth noting that Costco has reported a same-store sales growth of 5% or above in the last two years. Total revenue increased by 7% to $47.5 billion. 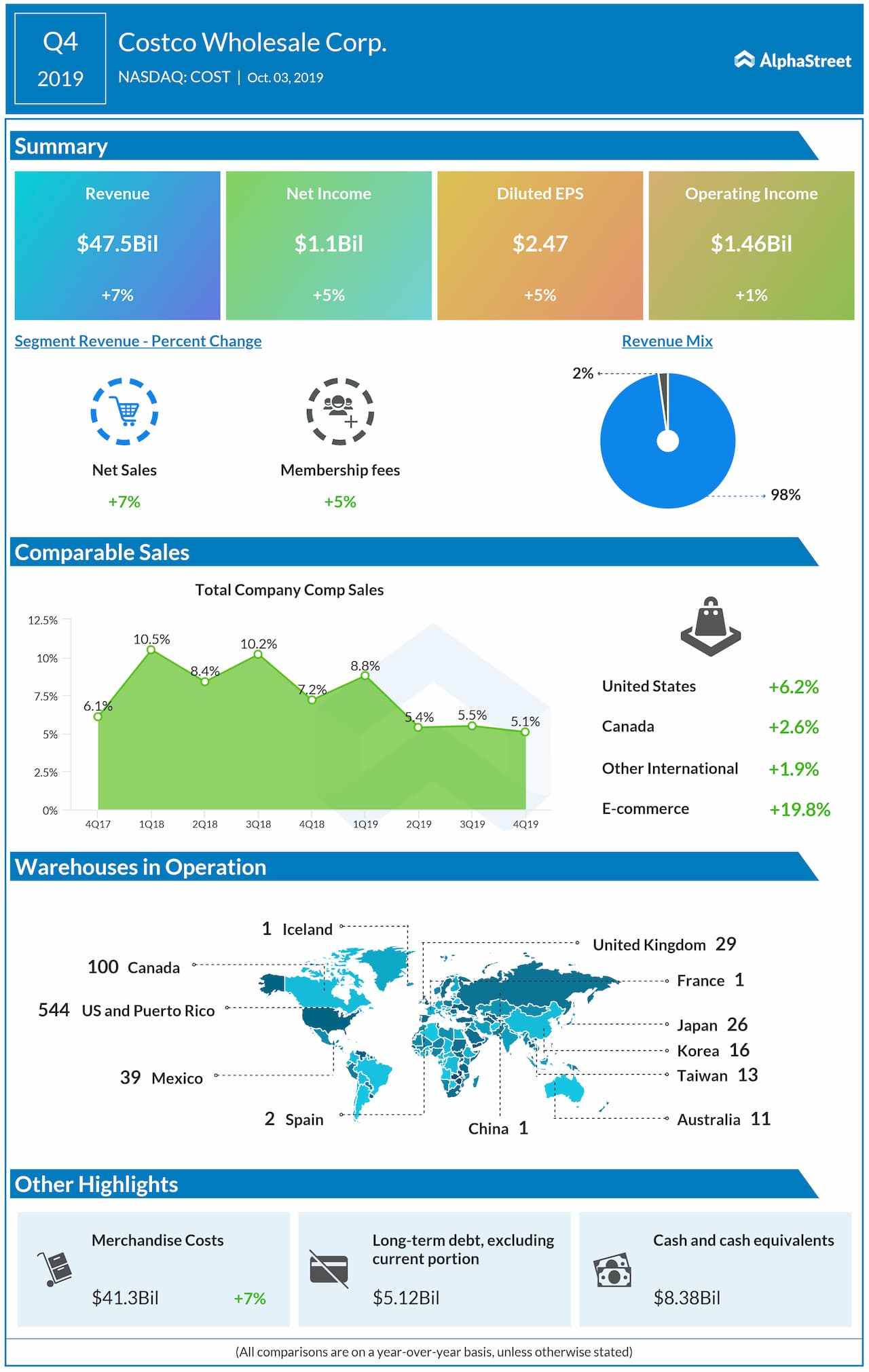 The results were hurt by an increase in merchandise costs and SG&A expenses as the company’s business is operated on very low margins. The company has been impacted by the lower initial operating profitability relative to existing warehouses and cannibalization of sales at existing warehouses when openings occur in those markets.

Membership fees are a major contributor to earnings for Costco. For the fourth quarter, it grew by 5% to $1.05 billion. The warehouse retailer sells merchandise to its members through its warehouses at lower prices, resulting in more customer visits and increased spending per customer.

Read: Spotify looks bumpy in the road to growth

For the third quarter, Costco reported a 21% jump in earnings helped by higher revenue as well as a non-recurring tax item. The top line rose by 7.4% year-over-year driven by a 5.6% increase in adjusted comparable-store sales. It’s worth noting that Costco has reported a same-store sales growth of 5% or above in the last two years.

The retail players are experiencing stiff competition from e-commerce giants like Amazon (NASDAQ: AMZN) and Walmart (NYSE: WMT) as the change in consumer habits hurt the malls’ traffic. Costco has been surviving in the competition war due to the less risker subscription model that is likely to yield better productivity.