If you ask Sansa Stark from HBO’s Game of Thrones, she’ll tell you the best way to go is to team up with someone strong or risk getting killed. And that’s what happens to most acquisitions in the market nowadays.

Over the past three years or so, we have seen a plethora of deal announcements associated with some huge names. It goes without saying that there is always a flurry when such strong players are on the field.

Therefore, when big companies decide to come together, the furore comes with it. Many questions pop up — why are they doing this? How much is the deal value? Is it really worth it?

The deal gets dissected and assessed, it’s effect on competition, supply and pricing studied, and most importantly, checked if the deal will result in antitrust violations.

Mergers and acquisitions between two leading companies have significant consequences in every industry. Let’s take a look at some of them, one by one.

This is exactly why this industry comes under much scrutiny.

So when CVS and Aetna announced $68-billion merger, it left the market flummoxed. Regulators quickly jumped in, and demanded these two to prove that joining their insurance and pharmacy-benefit divisions will, in fact, benefit customers as well as each other. We’ll wait and watch what happens next.

However, let’s not forget the brutal guillotine the DoJ gave the now-dead Pfizer-Allergan deal.

Pfizer had an ingenious plan — to save on taxes through a merger, and it played its cards accordingly. It was going smoothly till the Justice Department decided to stick a knife into its side. Pfizer, you should know better than to overplay your hand! 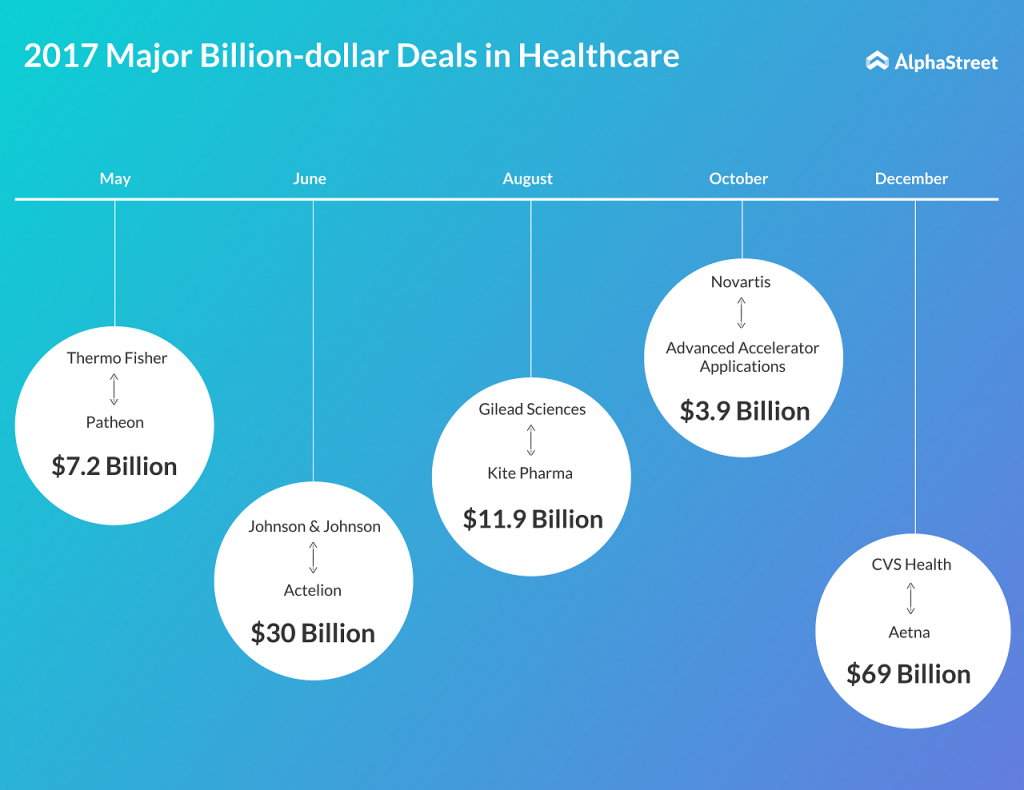 Consolidation attempts in the industry were aplenty in recent times.

I hope everyone remembers the much-entertaining Aetna-Humana/Anthem-Cigna fiasco. These two deals were blocked over antitrust concerns on the same day. While Aetna and Humana have amicably agreed to go their separate ways, Anthem and Cigna seem to be in a bit of a spat.

But it’s all not breakups and spats in the sector. Celgene acquired two smaller companies in multi-billion dollar deals at the start of this year. Gilead Sciences bought Kite Pharma last year amid concerns as to whether the former overpaid. But all’s good in Gilead-land as they seem to be getting along fine.

Mammoth deals are going to be the norm in healthcare if not, the entire market, as we move towards the new year. However, the Department of Justice, along with other regulatory bodies, are keeping a keen eye on such mergers and acquisitions — like wise men who guard the realms of enchanted dragons and giants.

As these big names fight it out or end up in relationships, let’s hope healthcare, in general, gets better services and easier access to basic medical facilities.