December so far: A quick look at the stock market on a non-trading day

Since the stock market trading has been suspended for the day, here’s a recap of December so far.

A flattening yield curve and concerns on US-China trade war saw stocks plunge on Tuesday. Later in the day, President Trump’s economic adviser Larry Kudlow confirmed that there is not much to show as progress between China and the US, triggering a sell-off of US stocks.

American stocks changed handed 20-25% more than the 30-day average while the S&P500 ETF traded 74% above its average.

At end of trading on Tuesday, the S&P500 was down 3.23%, Nasdaq Composite slipped 3.8% and the Russell 2000 slipped 4.44%. The stocks continued aftermarket trade overnight before Wednesday — all trade of US stock and fixed income on the day being suspended due to the national day of mourning honoring the passing away of former US President George HW Bush.

But the general sentiment to US shares is negative — the advance-decline ratio for S&P500 is at 0.07. Eight stocks hit four-week lows.

Among other news, Gabelli & Co. initiated coverage of Activision (ATVI) with a BUY rating and a price target of $64. Given the annual meeting of the gaming giant is to take place on Dec. 10, this 37% upside indicated PT could be a sign of things to come.

News of Apple (AAPL) transferring marketing staff to its iPhone division to help sales hit on Tuesday, indicating the tech giant’s aggressive moves. However, reorganization is seldom a positive thing.

AutoZone (AZO) posted upbeat earnings for the first quarter with better-than-expected same-store sales growth. This could also hint at a change in the wind in the spare parts industry.

On Tuesday, Delta Airlines (DAL) lifted its outlook for fourth-quarter top-line growth to about 7.5%. The carrier saw 4.2% higher traffic in November while capacity went up 3.8% on the load factor of 85.8%. 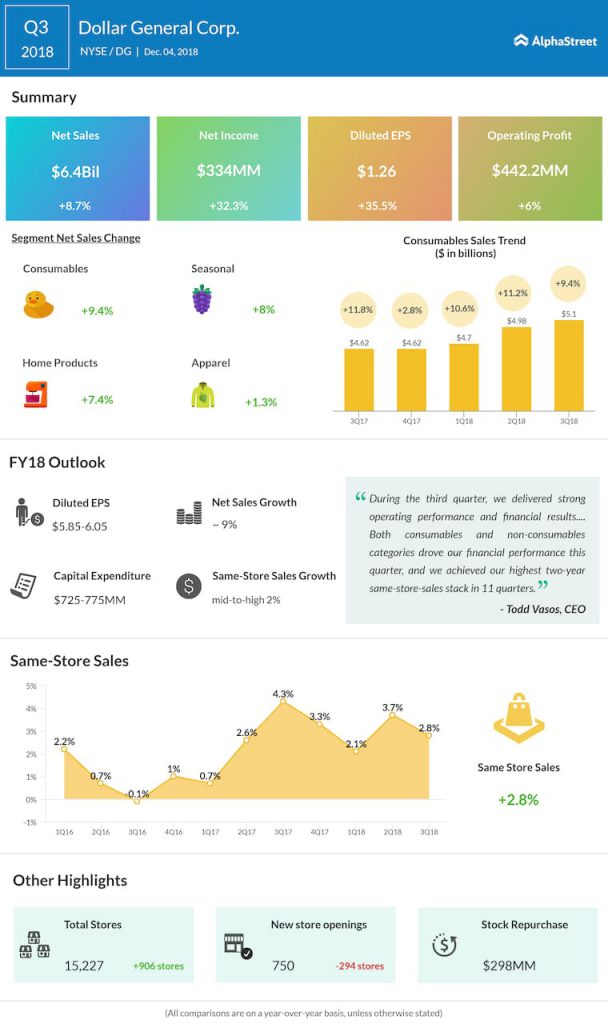 Dollar General (DG) pulled back its earnings estimate for the full year to $5.85-$6.05. The market was expecting $6.11 per share. Even though Dollar General posted upbeat comparable sales growth for the third quarter, a mix of trade war fears and natural calamity impact seem to have triggered the lowering of outlook.