Thanks to the rising jet fuel expenses, Delta Air Lines (DAL) anticipates lower earnings in the current quarter than what it expected only two months back. In a filing released on Wednesday, the company lowered its profit guidance for the quarter ending June 30 to $1.65 to $1.75 per share. Delta’s prior prediction was $1.80 to $2.00 per share. The revised range comes below the average analysts’ expectation of $1.85 per share.

Jet fuel price has increased almost 50% in the past 52 weeks and is estimated to touch $2.25 by the end of the quarter. The airline company is scheduled to report second quarter earnings results before the opening bell on July 12. 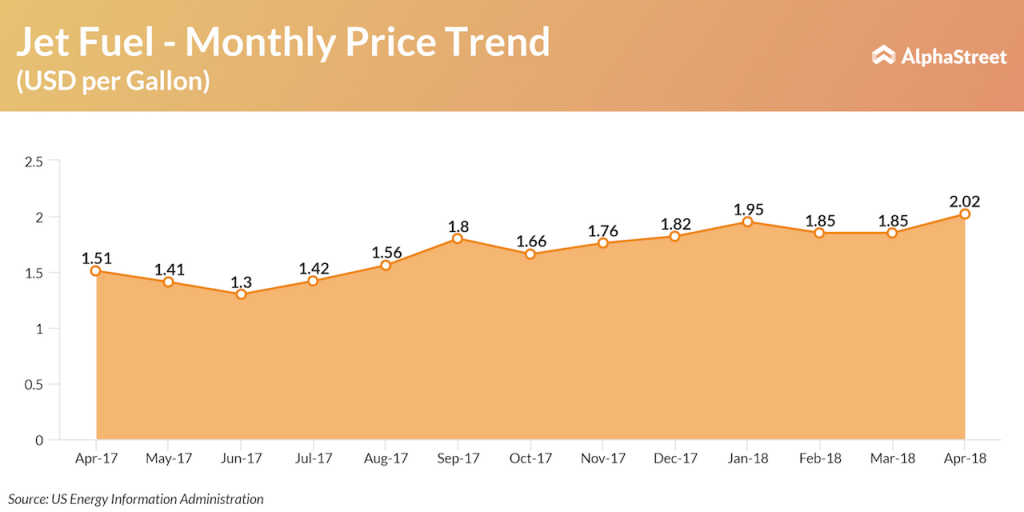 In the same filing, The Atlanta-based airline also raised the lower leg of its revenue growth projection for the quarter to 4-5%, compared to the earlier prediction of 3-5%, betting on more number of passengers traveling this peak season. Clearly, had not the margins been pressurized by fuel expenses, the company would have been able to pull off decent quarterly results.

Speaking at the Deutsche Bank Global Industrials and Materials Summit after the release of the statement, Delta CFO Paul Jacobson said Delta would strive to finish the quarter around the higher end of the revised earnings guidance. However, bearish sentiments prevailed at the end of the day, with shares closing the day down 0.9%.

Delta also raised the lower leg of its revenue growth projection for the quarter to 4-5%, compared to the earlier prediction of 3-5%.