Desperate for profits, Musk turns to suppliers for refund

In almost 15 years of its existence, Tesla (TSLA) has never made a profit. But despite its liquidity woes, the company has, over the time span, evolved into a major force in the auto industry. And now, in its drive to achieve profitability, the auto manufacturer is apparently approaching its suppliers seeking a refund on the amount it had spent in 2016 for auto parts.

A memo sent by a global supply manager was obtained by The Wall Street Journal. According to WSJ, this appeal “reflects the auto maker’s urgency to sustain operations during a critical production period.”  The memo indicates that Tesla has asked the suppliers to return a meaningful amount of money for projects dating back to 2016. The exact amount is not known.

Earlier this year in April, CEO Elon Musk had predicted that the company will become profitable in the second half of this year. Tesla’s road to profitability began by slashing thousands of jobs. In June, it slashed 9% of its workforce. 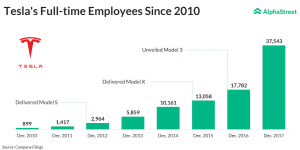 This news comes at a time when a substantial number of buyers have cancelled their order for Model 3 following supply chain issues. It is rumoured that cancelled orders outpaced the new orders, which Tesla denied. 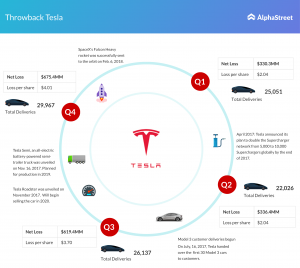 Now that the company is seeking for refunds, it shows that Tesla’s liquidity position could just get worse and that the company could struggle to address its cash needs in the future. As of today, the company stock is down 4.20% during the premarket trading at $300.42.

Musk has been serious about making a profit in Q3 and Q4, but many experts have expressed their skepticism over this ambitious target. It may be recalled that just last year, the company had lost $2 billion.